Making Sense of Amy Winehouse And The 27s Tragedy

The death of Amy Winehouse is a tragedy. But what might be the saddest commentary of all has been all of the Monday morning speculation — both in the media and elsewhere — surrounding it.

For the love of God people, it isn’t even Monday yet.

Over the course of the next several days and weeks, you are going to hear a lot more of it too — particularly once the medical examiner’s report comes in (which could be as early as Monday, according to some published reports). The fact is, even before family, friends and fans have been given the chance to take a proper step back to absorb and reflect, it has already begun. 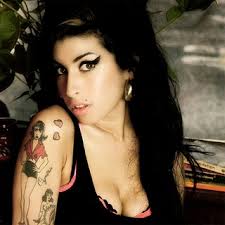 The glib and dismissive “I told you so” tone of some of the comments that have popped up on internet discussion boards over the past 48 hours, has been particularly distasteful. Never mind the fact that perhaps we’ve all been guilty of such armchair commentary on occasion. When Alice In Chains vocalist Layne Staley overdosed back in 2002, I joined many others in Seattle’s music community in shaking my head, perhaps a little too condescendingly, and with a knowing sigh.

Crass as this type of behavior might be though, it is also sadly predictable. Some might even argue it as a way of coping with grief, albeit a strange and perhaps tactless one. Nonetheless, it’s both amazing and unfortunate how celebrity death has the side-effect of transforming so many of us into instant experts on subjects as complex as addiction and mental illness. Not to mention turning still more of us into foolish, obnoxiously prognosticating Nostra-dumbasses.

Among the strangest reports out there though, have been the odd articles popping up everywhere linking Amy Winehouse’s death to something called the “27 Club.”

Many of the internet posts on this subject have a certain Twilight Zone quality to them — connecting the dots between the sex and drugs and rock and roll lifestyle and things like astrology, numerology, and other assorted New Age mumbo-jumbo. I even saw a post that attempted to draw a straight line between Amy Winehouse and Jesus Christ himself (was Jesus crucified at 27? Uh, no…he was 33).

Others, however, are of a more blatantly exploitative nature. The authors of the book The 27s: The Greatest Myth Of Rock And Roll for example, have wasted no time claiming credit for predicting Winehouse’s membership in “The Club.” Wow, nice “hit” there guys.

According to the same book, the official number of rock stars to die at 27 is 34 (and now 35, with the addition of Amy Winehouse to the list). On the surface at least, this high number — beginning in 1938 with the mysterious poisoning death of legendary bluesman Robert Johnson, and continuing with iconic names like Brian Jones, Jimi Hendrix, Jim Morrison, Janis Joplin, Kurt Cobain and other lesser known names like Uriah Heep bassist Gary Thain — is striking, especially when the relationship with substance abuse is figured into the mix.

It is this connection that carries along with it the mythical sort of connotations you’d expect. In the minds of some, premature death, tragic as it is, plays perfectly into the whole “live fast, die young, and leave a good corpse” mythos of rock and roll itself. By this measuring stick, dying for ones art is considered a badge of honor.

Factor in a few creepy coincidences like how Jim Morrison was said to have remarked “you’re looking at number three” (when asked for his reaction to the deaths of Hendrix and Janis Joplin), and you have all the ingredients for some very compelling, if rather creepy mythology.

Things get even weirder when official versions of events surrounding some rock and roll deaths are called into question. There are a surprisingly greater number of people out there than you might think who really do believe that Elvis is alive and that Paul is dead. And while such rock and roll conspiracy theories as Jim Morrison faking his death (he didn’t), Kurt Cobain being murdered (he wasn’t), and Tupac Shakur remaining alive (he isn’t), have died their own merciful deaths, others such as the “accidental drowning” of Brian Jones continue to raise some legitimate questions even today.

Where this line of thinking begins to fall apart however, is when you realize that not all rock stars who died at 27 — not even all of the really significant ones — succumbed due to causes related to drug and alcohol abuse. Mia Zapata of the Gits for example was 27 when she died. Zapata, however, was brutally murdered in Seattle in a case which went unsolved for years.

Still others didn’t die at 27 at all. John Lennon was 40 when he was murdered, and Marvin Gaye was 44 when he was shot by his own father. Elvis was 42 when he overdosed.

Yet another very decent argument — one nearly as compelling as the so-called 27 Club in fact — could be made for the high body count amongst rockers who have gone on to the “Great Gig In The Sky” at the equally young age of 24. These include Duane Allman and Berry Oakley — both of the Allman Brothers Band — who died nearly a year to the day apart in separate, but eerily similar motorcycle accidents.

Other members of the “24 Club” include Mother Lovebone’s Andrew Wood (overdose) and rapper Notorious B.I.G. (murdered). The still unsolved murder of Tupac Shakur (which has been linked to B.I.G.’s murder and to a rivalry between the two men) happened when the “Dear Mama” rapper was 25.

As much as we may like to worship our rock stars and place them on pedestals as Gods, the fact is that they are as human as the rest of us. Aside from the occasional horrific plane accident (Otis Redding, Buddy Holly, Ronnie Van Zant), this means they mostly die from the same natural causes (Bob Marley, Clarence Clemons) as the rest of us.

Some also die of overdoses. But far too many of them die young (there goes that whole God theory). Perhaps this is the reason we willingly clutch at the straws offered by an oddball theory like the 27 Club. As ludicrous as the whole idea might be, maybe in some odd way it helps us sort through our grief or to make sense of that which otherwise does not. If nothing else, it’s mostly harmless and a far more constructive coping mechanism than finger pointing or engaging in otherwise pointless, sanctimonious “I told you so” jackass behavior.

If Amy Winehouse’s death does prove to be the result of drugs and/or alcohol, there are some important things that probably need to be put into perspective. It would be easy to say the entertainment industry eats its young, but it would also be unfair. As much as death can make for short term, increased record sales (at least under the old industry model), its also fair to say that most record executives would prefer a long sustained career with healthy back catalog sales, over a short and out-of-control, but meteoric one.

As prevalent a problem as drug and alcohol abuse remains in the entertainment industry (and in society itself), I’ve seen no evidence that the corporate types running today’s media conglomerates have any use for slackers. As with any other “employee,” entertainment industry employers want someone who shows up on time and works hard.

Amy Winehouse leaves behind two officially released albums that were both commercial and critical successes. Like other greats whose careers were cut tragically short like Kurt Cobain and Janis Joplin (both of whom had officially released just three albums at the time they died), one can only speculate what would have come next had they been able to conquer their demons.

There is considerable evidence that all three of these 27 Club members — Cobain, Joplin and Winehouse — sought drugs and alcohol as more of an escape route from deeper seeded emotional problems than as a means to a more wreckless end. Both Cobain and Joplin were known to suffer from depression, with Cobain in particular reportedly wanting no part of the limelight during his tortured final days. Janis was known to routinely drown her loneliness in Southern Comfort.

If this was also true in Amy Winehouse’s case — as some of the stories emerging now indicate — then it is particularly tragic that her troubles were so often reported in the same light as celebrity trainwrecks like Lindsay Lohan, Charlie Sheen and Paris Hilton by the tabloid media.

Gifted with a voice that could be alternately sultry and ageless, or smoky, painful and husky, Amy Winehouse had that rare, unique ability to transport you to another place with songs combining the soul of a torchy ingenue (“Love Is A Losing Game”) with the defiant sass of a blues belter (“Rehab”). The fact that the retro-soul, Billie Holiday influenced terrain of her Grammy winning album Back To Black had been previously mined by Old School R&B revivalists like Erykah Badu is of little consequence. With respect to Badu (and others like her), Amy Winehouse’s melding of blues and jazz with both doo-wop and hip hop sensibilities had the greater impact by far. Her influence can be heard most notably today on Adele’s chart-topping smash 21.

In an age of short attention spans and flash-in-the-pan celebrity culture, driven by disposable, flavor-of-the-minute, now-you-see-them, now-you-don’t pop stars created by cable and the internet, Amy Winehouse was a shining, rare talent. It’s a shame we will never know what would, or could have been. It really is just a damn shame.