When manhandling the help is a hands-off affair. 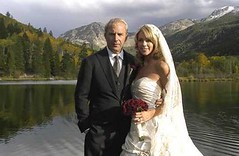 In what has to be high on the list of most bizarre acts of celebrity audacity, it was revealed this week that Kevin Coster stands accused of taking off his towel, then taking liberties with himself during a massage while honeymooning with his new wife in Scotland in October of ’04.

According to the 34-year-old female masseuse in question, “It was disgusting and, even though he was a Hollywood superstar, I couldn’t believe he thought he could get away with something like that,” she said. She went on to say,”Kevin Costner abused me and I considered that a criminal act.”

I know honey, I felt the same way after watching Waterworld and The Postman.

After complaining to management about the alleged autoerotica, things quickly deteriorated for the woman: she wasn’t offered counseling (the horror) and claims she was later unfairly dismissed because of her complaint and the results of post-traumatic stress. Costner is understood to be good friends with the owners of the posh Old Course Hotel in St Andrews, where the alleged monkey spank took place.

Just before her dismissal hearing was due to start today, the woman — Who Cannot Be Named — settled out of court for an undisclosed sum. 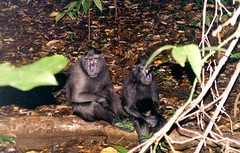 In all seriousness, that is totally uncool and foul. I remember getting on the highway once and noticing a car facing the opposite direction. The driver seemed to be flagging me down; as I approached I slowed down to see if he needed help only to find him with his junk all hanging out in full glory.

I, too, was startled, disgusted and felt violated. At least in my case, I wasn’t forced to sit there and watch the grimacing and contorting as he acheived shangri-la.

All I can say is thank goodness it wasn’t Sting: hell with all his yoga and tantric sex moves, there might have been more going on than a little manhandling.