Looking back now, I think it can be safely said, Johnny we hardly knew you. That's a real pity.

He’d always been there: a brooding presence emanating from radios and televisions that bore witness to all the evil that people could do to each other. Even when he was a younger man, you swore he’d lived hundreds of years already. The black hair couldn’t belie the creases and lines on the face or the voice scraped raw from screaming in the night.

Yet, I look at pictures of him in the last years of his life; the hair had gone white, his hands were gnarled and twisted by age as if he’d become a grand old oak tree that weathered many a storm, and the years had been stripped away. If some of us are born young to age and gradually be beaten down by the world, he was born old to learn innocence and to find his way home.

“He’s a walking contradiction, partly truth and partly fiction/Taking every wrong direction on his lonely way back home.” Kris Kristofferson The Pilgrim (Chapter 33), 1970

In the long list of people who Kris claimed to have written the song for, his old mentor’s name is listed as one amongst many, but I’ve always felt the rest were there as camouflage disguising the song’s sole subject, and his isolation. In one of those great ironies that life plays, the cultivated image of the lone gunslinger dressed in black only served to hide the true nature of his lonely walk.

Johnny Cash’s black clad figure has been as much a symbol of rugged American individualism as any other man in the last hundred years. Unlike other figures that have let their image be co-opted for various political movements or philosophies, he was never brought into any fold. 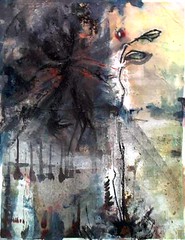 The music establishment in Nashville wanted nothing to do with him, but couldn’t ignore the fact that he appealed to more people around the world than any of their other acts combined. They would try to claim him as one of their own, but it’s hard to do that when you stretch out one hand in welcome and are using the other to try and shove somebody under the carpet.

I have often wondered what they used to say behind June Carter’s back (Johnny’s soul mate, and on again off again wife) about her relationship with Johnny. I doubt if anybody would have dared say anything to her face, but I’m sure there were things said along the lines of “How could a girl from such a good family…” or “He’s only with her because of who she is.”

June was the hand that reached out and brought Johnny back to safety when he was drowning in a sea of drugs and fame. But even she wasn’t enough to keep all his demons at bay. Finding solace in drugs isn’t a solution to anything, but when you feel like you have nothing else, it’s an easy out.

I wouldn’t presume to assume I know what demons possessed him; it’s none of my business anyway. But I know that when I look at photos from certain points in his life the smiles seem to be hiding desperation. The unguarded pictures, the ones not posed or planned, transmit heartbreaking pain. Fatigue that goes beyond the physical emanates from every line etched on his face and tells more of his life’s story than any biography ever could.

I’m not a Christian, and normally when people talk about their relationship with Christ and the Christian God, it makes me nervous. Too many of them make it sound like a threat. If you don’t do like I do, you’re toast. But when Johnny talked of Redemption, you understood what he meant and you knew he was sincere.

He never talked about it like it was a treat that could be taken away from you if you didn’t behave, or that it was only available if you sent in your box tops and twenty-five dollars. Not only was he seeking to redeem himself in the eyes of his God, he seemed to spend his whole live trying to redeem himself to the man who looked out at him from the mirror everyday.

You also knew that the only person that Johnny would ever sit in judgement on would be himself. (Well maybe the country music establishment in Nashville) I can’t see him being self-righteous or holier than thou. His faith gave him strength and offered him a way home. Peace for a troubled mind is sometimes salvation enough that the additional promise about saving your immortal soul isn’t necessary.

When Johnny sang a gospel song, I always felt like I was intruding upon a personal conversation, eavesdropping on a man’s personal prayer. He wasn’t singing to impress anyone or to convert them. He was genuinely giving thanks.

I never met Johnny Cash; I only listened to his music and watched him on television a few times. Most of the time all I ever would see of him was the carefully presented image of “The Man In Black”. It’s only been in recent years, the almost three since his death on Sept. 12, 2003, and the couple of years before that when he was recording those last amazing records with Rick Rubin, that I began thinking about who he was beyond that cut out figure of the lone gunman.

It’s truly amazing how, just because someone is a public figure, we think we know them. We refer to them by their first names when we either talk about or write about them, and we make casual assumptions about what their opinions on matters would be. We act like we have an intimate association; even though it’s more than likely we’ve never even met them or exchanged a single word of conversation

No human being is so one dimensional that we can claim to “know” them just by what is presented as their public face. We can know facts and tidbits of information that will allow us to draw conclusions, conclusions that stand as much chance of being wrong as right, but nothing that justifies our proprietary attitude towards them.

On very rare occasions a musician comes along who lets pieces of his or her soul come through in their performances or their lyrics and like vampires we suck what ever nourishment we can get from them until they are bled dry. But even then, we aren’t privy to their innermost thoughts and dreams.

Johnny Cash was one of those who bared quite a bit of his soul through performance, song writing, and his willingness to talk about himself and his life with a great deal of honesty. But last night, as I listened to The Man Comes Around, one of those discs recorded in the last years of his life, for the first time, I realized that for all my familiarity with his work, that I hardly knew him.

I’m not usually one for caring overly much about the famous and their lives, but for some reason I felt a surge of regret over my lack of knowledge. Part of that stems from fascination, but part of me also feels as if it were owed him in return for giving so much of himself to the world. Maybe if we hadn’t been so ready to idolize the hard living, rugged individual image that the record companies sold us, we would have seen the pain that it was masking.

Would that have made any difference in his life? I don’t know, perhaps not. What I do know is, that very few people probably knew him as well as he deserved. We all enjoyed the “Man In Black” persona too much to want to know about anything else. Even the drug addictions and fallings out with his wife were considered only in terms of how they fit that image.

He was cool and tough and sang songs about prison. He was an Outlaw and a man’s man and no one wanted to know anything different. Looking back now, I think it can be safely said, Johnny we hardly knew you. That’s a real pity.

Johnny Cash was born on February 26th, 1932 and died September 12, 2003. His wife of thirty-five years, June Carter-Cash preceded him the previous May. I hope that somewhere, somehow they are together and at peace. They deserve it.