The conversation drifted from music, to baseball, to the effect of the media on the youth of today, and back again.

John Sinclair; author, poet, and activist, spent the sixties embracing the ideal of love and peace, and drugs and rock 'n' roll. He was a jazz poet, founder of the Detroit Artists Workshop and manager of the MC5. With the release of the first MC5 album also came the declaration they had formed the White Panther Party, in support of the Black Panther Party and in opposition to the U.S. Government.

In 1970 he found himself sentenced to nine and a half to ten years in prison for giving two joints to an undercover policewoman. While the movement he started, along with much of the rock world, protested for his freedom, Sinclair began compiling the columns he had written for the underground newspapers and writing the resulting book Guitar Army. He was given his freedom 29 months later, three days after the expansive "John Sinclair Freedom Rally" at the Crisler Arena in Ann Arbor, Michigan (Dec. 10, 1971). Guitar Army, which became known as a manual for revolution, was re-released May 1, 2007 by Process and includes previously unreleased photos as well as a CD of recordings of the MC5 and other Detroit area bands of the time.

John Sinclair sat down with me last week at a local restaurant near the record store he would later sign copies of Guitar Army and read from its pages. We found most things in life are circular – to move forward you have to look back. We talked about the ideals of the time, those he expressed back then, and how it all relates to the social and political state today. The conversation drifted from music, to baseball, to the effect of the media on the youth of today, and back again.

Is there a reason, other than the 35th anniversary, that you are re-releasing the book Guitar Army?

I got a publisher (laughs). It's been available for 35 years but no one has had the good taste to want to put it out again. Finally they did and it coincided with the 35 years. It rings a bell with journalism of today.

Right. I've been active for these past 35 years, but since I wasn't in trouble, and I don't call major press conferences they don't know. They ask 'Where you been?' Well, I was in your town six months ago, but you didn't pay any attention. Now I have a product and a publicist and it's about the old days, so it's safe to talk about.

Because enough time has passed?

If I brought this out now I couldn't get a review. On the basis of the content I mean.

Do you think there is a significant relevance between what was going on then and what is happening now? I mean, we're once again a country at war.

It's an unbroken line. It just keeps getting worse from my perspective.

Do you mean from the political perspective?

Well everything, it's the culture – the deteriorating degenerate culture. I don't mean that in any particular way. It's the trading of intelligence for dollars. It's all because there are a lot of greedy people who are making a lot of money off of this. They have no compunction to elevate or educate; they just want to take their money and throw them on the side. I hate that.

I live in Holland where we don't have people sleeping out on the street. You know, it's all what a society wants. It turns out this is what America wants. They wanted to discard all of their values to have a bigger car that takes $3.50 to the gallon for gas.

I'm pretty unremitting in my critique (laughs). It doesn't matter who the politicians are. They've proved that. They have a mechanism that works for the rich people, and they get richer and richer as statistics prove.

You look at big business with millions and millions…

I'm a big baseball fan. But why does Pudge Rodriguez have to get 10 million dollars a year? Or others get 15 million dollars each year. What are they going to do with that? How much money do they need? So if someone wants to take their family to the ballgame it costs $100, or more than that.

I was going to say, when was the last time you were to Tiger Stadium? It costs more than that to take a family of four to a pro ball game.

We used to go all the time and sit in the bleachers for three dollars. I don't say that to dis these guys, but god damn. 50 cent is worth a hundred million dollars. What kind of world is that? I don't live there mentally.

There's one tier of extremely wealthy, but then there is also high unemployment.

Oh yeah, and you have the underclass that they don't even want to acknowledge until they turn out 20,000 of them in the Superdome waiting for a bus. That was the first time they saw people like that on TV in a long, long time. Americans didn't know they still existed. I don't know; I hate this society. I'm sorry, let me stand right up.

It's okay, if that's how you feel. Do you think the things you wrote in Guitar Army are still relevant? Are there things people today can draw from to change the human condition? 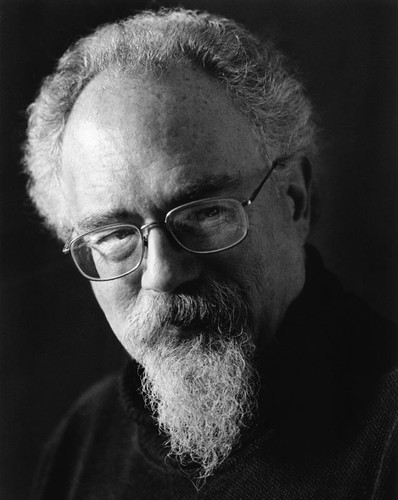 I don't know. That would be for them to say. I did my bit. I didn't put the book out to influence people today.

Back then I was trying to take over the world. Now, I'm just trying to get my words in print, because I am a writer.

Do you still look at your poetry and writing as a way to express political and social unrest?

I express whatever I think or feel at the moment. That's what I like about writing. You can say whatever you want; and I do. If you read something I wrote it's pretty much what I wanted to say.

You only write about what you care about?

I really do. That's why I don't make a very good living as a journalist (laughs). I only write about music I like. I only write about books I like, anything like that. It has to give me satisfaction because they aren't paying me enough, so you have to have your fun.

You say you only write about music you like. You went from being a rock 'n' roller to a blues and jazz guy.

Well I started in the blues then moved to rock, and now I've come back.

Do you think the decline in the music industry has anything to do with the content?

That's part of it, I'm sure. But it's also caught on what we were talking about before and the change of media. They'll figure out a way to control the digital domain. But they're mostly… To me 95% of the best records that have been turned out since they switched to digital media are the reissues, reissues of the old LPs with the outtakes. Like Chess records, when you look at the discography of Muddy Waters — great records — but they only put out half of them, or maybe less, on singles. That was all the market would bear. You could put out three Muddy Water singles a year, but you couldn't put out four. So those other sides went without being issued and now they are putting them out with these reissues.

But as far as the new stuff, it's hard for me to find a record I like.

They're saying now, with iTunes and the like, artists are thinking more in terms of the single and not the album, so-to-speak.

It's gone back to what it was like when I was growing up. Songs came out as singles and it was very exciting. At first, the singles would come out — the 45s — and then an album would come out and it would be a collection of singles. It was like that until the '60s when bands started conceptualizing the album.

So that's coming full-circle too?

Mostly they concentrate on the technological change because that was a challenge to control the stuff on the internet. Which to me iTunes and that whole thing is the greatest thing to happen in my lifetime. I've been collecting music since I was 10 years old, but now you can get all the tunes you want on your desktop and it has the name and the date, and it's labeled with where it comes from. I used to spend countless hours writing all this down on cassette boxes. I have thousands of them.

So have you taken all your boxes of cassettes and digitalized them?

No, they're all in my archive. Eventually, the University of Michigan will allot the funds to transfer it all to digital media, then I'll go back and put them on my iPod.

Early in Guitar Army you talk about the sense of restlessness you feel at that young age you were. Don't you think that's a pretty universal feeling across generations?

Young people don't have the reflection today. We were trying to reflect in the music, through rock 'n' roll. That's what rock 'n' roll is all about, intrinsically. In reality it's about that coming out and the industry smothering it. It just hasn't busted out in a long time. There isn't a target. The charts, the radio, it used to be you put a record out and you try to get it on the radio. Now [with the decline of radio], everything is just so scattered.

The other side of this is you can do whatever you want. You don't have to wait for some A&R guy to discover you. To go into the studio to record a record it used to be you had to wait to be signed by a record label through your work. Now anyone can make whatever record they want.

You just have to build a website, and a myspace and you're all set?

Yeah, you can do the promoting yourself, but you can also record it by yourself at home with your computer, or get some friends together and form a band.