We have two cats although I am so not a cat person – in fact no one in the family is really a cat person, so it’s a good thing there are two of them: they keep each other company while we do more interesting things. 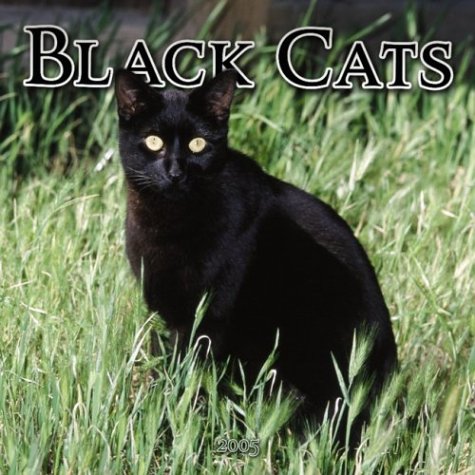 Here is some black cat lore:

If a black cat crosses your path, you will have bad luck. This is a very common unproven belief in America.

King Charles I of England owned a black cat, whom he valued very much. He treasured the cat so much that he had his guards watch over it 24 hours a day. As luck would have it, the day after the cat died from an illness, the king was arrested.

Some believe black cats are witches in disguise.

Others believe black cats are witches familiars. (Beings that aid witches in performing their craft.)

As a sailor walked up a pier, any cat running ahead of him could bring him luck. If any cat crossed his path, it would mean bad luck.

Sailors kept cats on board ships to bring them luck.

If a cat was thrown overboard, a storm would rise and very bad luck would follow.

Various cat parts were also though to be good medicine for a wide range of illnesses.

Some believe that black cats have special powers and abilities.

In Australia and Britain, black cats are though to be lucky.

Another belief states: A bride will have a happy married life if a black cat sneezes near her on her wedding day.

All cats were thought to be sacred in ancient Egypt.

Back in ancient days, the Druids thought black cats were human beings. These humans in cat form were being punished for evil deeds.

Some believed that black cats could fly on a broom stick.

All cats, was claimed by Inquisitor Nicolas Remy, to be demons. In 1387 Lombard Witches were said to worship the devil as a cat and medieval christians exposed cats to torture and fire along with witches. However the cats had their revenge for such injustices known as the Black plague, a form of bubonic plague. Had the church let their people keep their cats, the fleas on the rats which overran the cities may not have brought Europe to its knees. The plague was instead blamed on Vampires.

The virtuosity of the Talea Ensemble in conjunction with five genre-bending composers left me feeling inspired and grateful to be both a musician and a concert-going New Yorker more than ever before.