Vietnamese court maintains he "needs to be punished."

It's been a tough several years for fallen British glam-rock star Gary Glitter, 62, who toured endlessly behind his '70s hits like "Rock and Roll Part 2" through much of the '80s and '90s.

He was convicted of possessing child pornography in Britain in '99 and served two months; he moved on to Cambodia, which permanently expelled him in December 2002 for "suspected sex offenses"; then he undulated over to Vietnam where he was convicted in March of molesting two girls, aged 11 and 12, at his home in the resort town of Vung Tau in southern Vietnam and sentenced to three years in prison. 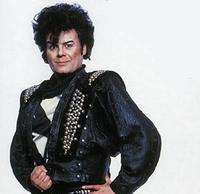 The losing streak continues: today the People's Supreme Court in Ho Chi Minh City rejected Glitter's appeal to have his sentence reduced or thrown out. "We did not see enough evidence to reduce the penalty for the defendant," said chief judge Truong Vinh Thuy. "The decision was made based on evidence, documents and testimony of the victims. The behavior of the defendant is dangerous for society, especially towards children. He needs to be punished."

Philippa Leiof the World Vision UK child advocacy group agreed. She told BBC News, "We're delighted at the verdict, because it sends a very strong message that these sorts of crimes against children will not be tolerated. And the fact of the matter is that Glitter isn't the only person to go overseas and commit these sorts of crimes. We know that there are many British nationals who do that, and hopefully this verdict will tell them that they'll not get away with it in the future."

Glitter was convicted of "kissing, fondling and engaging in other sexual acts" with the girls. He escaped charges of child rape, which carry a maximum penalty of death by firing squad – so there's that. Upon his March conviction, Judge Hoang Thanh Tung said of Glitter, "His lewd acts have compromised the dignity of the Vietnamese people, law and common sense, and therefore it is necessary to punish him." 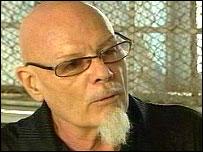 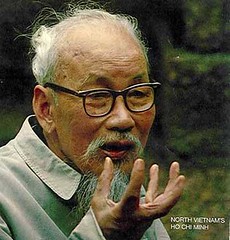 Glitter, who nows strongly resembles the late Vietnamese leader Ho Chi Minh, maintained his innocence, admitting he had let a girl into his bed but, adding in an interesting choice of words, that he knew "the line to cross."

Glitter then said, "It was only recently that I found out that underage is 18 in the country … but I don't believe that I slept with anyone under 18."

I'm guessing settling down with a nice seasoned woman his own age is out of the question?

Christine Beddoe, director of End Child Prostitution, Pornography and Trafficking, said the pedophile was trying to "minimize what he has done," but the girls he had molested had been quite clear in their accusations.