For Halloween: The Rich and the Dead, and Vice Versa

Eric Olsen October 26, 2004 Comments Off on For Halloween: The Rich and the Dead, and Vice Versa 75 Views 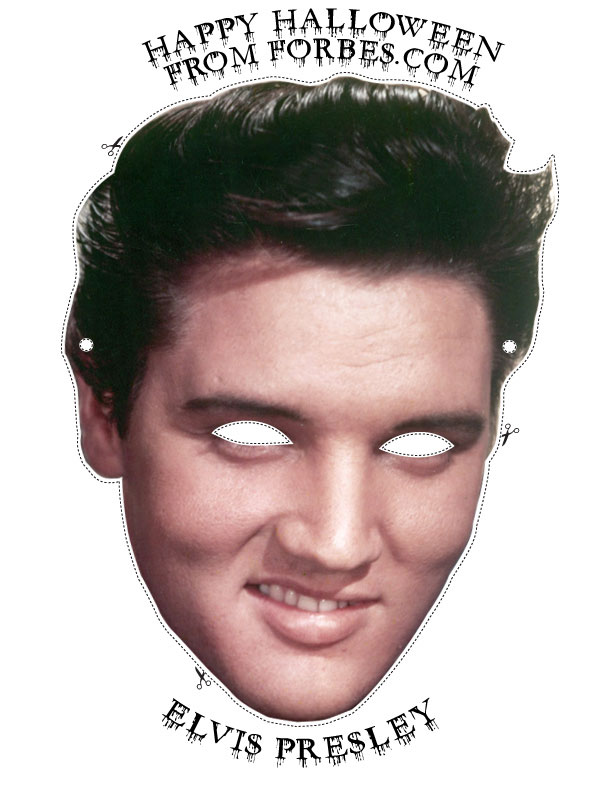 It takes a special kind of star to remain in the limelight after passing to the Great Beyond, and Elvis is still the King when it comes to generating big bucks from the grave. While moldering for 27 years now, Elvis managed to crank out $40m last year alone for sweet little Lisa Marie, according to Forbes.

And speaking of the dear departed, Halloween is all about blurring the line between the quick and the really, really slow.

We love the adrenaline stab of a good spooking – we pay dearly to have the tingle chased down our spines. Why is this? Until very recently in human history (and still today in some American Indian, African animist, and Asian ancestor worship cultures) the presence of the dead among the living was felt to be very real. The action of the dead over the living was an essential part of life itself, and all of existence was filled with spirits, many malevolent and jealous of the living. We modern “sophisticates” get a charge out of being reminded of this in a safe, contemporary setting from which we can escape, like a movie theater or a haunted house.

So while the fascination with the living dead is as old as mankind, in the scientific, sophisticated America of the 21st century, these impulses are now centered upon popular culture and Halloween, which is still the seam between the warm vibrant life of summer and the cold still death of winter, when trees protest the chill of lengthening nights and the waning strength of the sun with a final explosion of color, and the border temporarily vanishes — at least in our imaginations — between the living and the dead, the seen and the unseen.

As much as we enjoy the vicarious thrills of Halloween, haunted houses and horror movies, most of us draw a sharp line between fantasy and reality and we are content with fantasy. But there are those for whom fantasy is not enough, and for increasing numbers of these morbid souls, there are Internet games keyed to the death of celebrities, affectionately known as “ghoul pools.”

For participants in ghoul pools, the Grim Reaper can be their Santa Claus. Players win by correctly predicting the demise of public figures within the time frame of the game, usually one year, and accumulating points. These and other nontraditional pools are blessed with the intellectual sanction of futures markets, and as such are valued by many economists for their predictive ability.

Cash4Cadavers is a worthy specimen of the creature, forthrightly acknowledging its transgressions against decorum: “If you think that you might enjoy betting real money on the deaths of celebrities, then you’ve found a new home; if, however, you’re one of the many that find this particular form of entertainment to be tasteless, morbid, or unethical…well, yeah. What’s your point?”

C4C also displays the virtue of simplicity. For the current 2004 game, 46 teams with names like “Stiff Competition” and “Peace Corpse” each anted up $20 into a pool, and each picked 20 celebrities they predicted would die during the year. Points awarded for each death are based upon a formula that divides the number of teams selecting a given celebrity (the fewer the better), by the total number of teams, multiplied by 100. (Variations at other sites include a draft allowing each celebrity to be selected only once, a kind of fantasy “death-ball.”)

“Celebrities” in this game are defined in their absence: their obituaries must appear in general interest news sources like MSNBC or the Associated Press, not only in special interest sources like, say, Field and Stream.

With a gift for the arcane, C4C also specifies exceptions and clarifications to the rules bearing such colorful titles as the “McVeigh Exclusion” (no condemned criminals), the “Siam Caveat” (conjoined twins count as one), and the “Pol Pot Predicament” (if a missing figure is found dead, he or she must have died within the period of the game). Top celebrity point-generators so far this year include baseball great Chuck Hiller, young phtographer Tom Hurndall (who leads all due to the “murder bonus”), actress Mercedes McCambridge, director Russ Meyer, bluesman Raful Neal, Tony Randall, Christopher Reeve, and Peter Ustinov.

Handy online resources for the deathwatch speculator include the “Internet Movie Database” and the ghoul pool bible, “Dead or Alive?” which lists the mortality status of over 6600 famous people from various walks of life, and includes a handy reverse-chronological listing of deaths.

Is it ethical to profit from the death of others? Well, the entire funeral industry is based upon the premise. From my perspective, while I find speculation upon the impending nonexistence of others personally distasteful, these pools are clearly pursued in the spirit of “fun.” At core they are a form of whistling past the graveyard, looking death in the eye and spitting, and are not meant to be disrespectful to the individual celebrities on the “rosters,” but toward death itself, a nemesis we must each deal with in our own way.

There is an entire cemetery’s worth of additional ghoul pools from which to choose, and a healthy selection of them can be found on the “Great Dead Pool List Page.” Happy hunting.