This singer and songwriter has come a long way from the days when he started performing his combination folk/rock tunes for his fellow college students at Penn State. In 2000, he launched his own label, Thumbcrown Records, and released his first self-titled album. In September he offered fans his fifth studio album, Everywhere All at Once. Because of "everywhere he's been and everywhere he's going," Blogcritics is proud to tag Eric Himan as one of our Featured Artists for October.

"Don't ask me where I'm from; ask me where I'm going," is not only a song lyric ("Where I'm From"), it's a motto Himan lives by. He can most often be found in his mini-van on his way to his next gig or on a stage performing. A quick glance at the tour dates he has scheduled for this month alone shows the dedication he has to personally delivering the music to his ever-growing legion of fans. 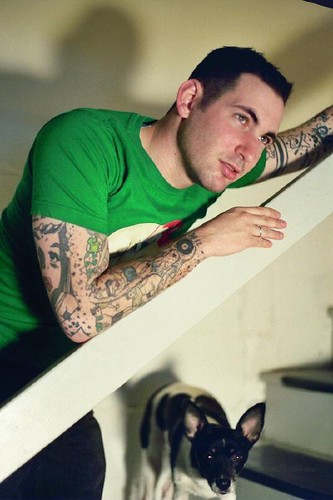 The constant traveling is nothing new, as he grew up in a military family and spent his youth living in South Carolina, New York, New Jersey, Hawaii, and then Florida, only to have his family lose everything in Hurricane Andrew just days after moving to that state.

To listen to an Eric Himan song is to get a glimpse inside the artist; the songs come from a personal place and no topic seems to be off limits. Everywhere All At Once covers everything from romantic and familial relationships to homophobia to breast cancer to hurricane survival. And it's these emotional constants the listener can identify and relate to. It's not a phenomenon new to this most recent album, though. Deep and identifiable music has always been present, even from that first self-titled release.

Eric Himan was self-produced as an experiment, something for those who attended his live performances to purchase, should they so desire, and purchase they did. Those who took the CD home shared this new talent with their friends, and a real grass-roots campaign was under way. Like those early performances, many of the recordings are simply Eric's voice and his guitar. Simply produced, lyrically masterful, and wrought with those folk music roots, "After Today" and "Last Night" are the recognizable ancestry of the songs available on Everywhere All at Once.

Encouraged by the success of the self-titled release, he went to write and record I Go On. Having recently graduated from Penn State, he was able to devote himself to the music and the road and it paid off. AAA radio took notice, and many tracks saw spins. Even though the album had one officially released single, "Wish," there are several standout track on the album. One of my favorites is, "Man You Had in Mind."

A lament for anyone whose ever been wracked with self-doubt, the lyrics sing "For the millionth time I tried/ To live up to be the man you had in mind/ Was I not who you thought I'd be/ Well I'm sorry you wanted more and all you got was me." It's delivered with Himan's distinctive and emotive voice, and backed with a guitar that blurs the lines between blues and folk. 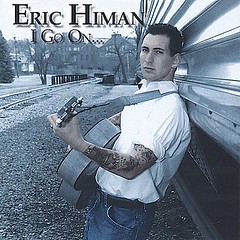 Though it's hard to imagine the man singing these songs and personally promoting himself, be it as label executive or personally carrying the music to the fans via the live show, as anything but secure and self-confident, in the music we see individual pieces of humanity and his inner self come together. Whether it's longing, frustration, or a quirky sense of humor those basic emotions are all laid out so honestly it's hard to not connect to both the song and the man singing them.

The next year (2003) All For Show was released, and with the songs "Outskirts of You," "My Decision," and "One Night Stands" he continued to tackle both the hard issues and complicated matters of the heart. "Outskirts of You," is an example of the heartfelt ballads singing of longing and desire. "My Decision" tackles the often swept-under-the-rug topic of date-rape from his unique perspective. "One Night Stands," explores just what the title indicates in a debate over love vs. sex.

"Clyde," came on the next release in 2005 Dark Horse. The song was my personal pick for "song of the year" in Blogcritics' year-end music round-up. The song has the wisdom and the delivery of an aged soul, despite his young age, and it's quite remarkable to hear the mournful moan of his voice backed with the delicate consoling cries of the piano. The range he covers vocally is remarkable and though it's veiled with metaphors, the single line and theme "I've been replaced," is a universally felt one. 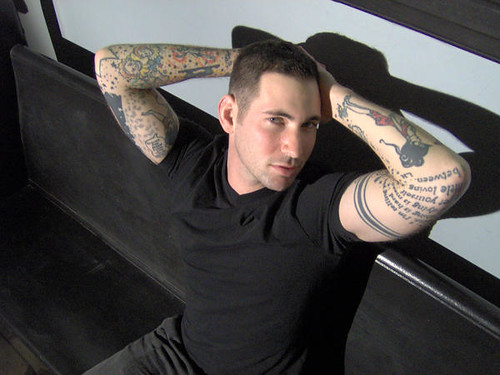 More than any of the albums before it, Dark Horse seems to push past the blurred lines of the genres. While many are included, individually the songs seem to fit in neater, more tightly wrapped packages. In contrast to the stark ballads of "Clyde" and "Stranded" there is the fun, upbeat "White Horse" challenging the perceptions of fairy-tale endings. "Throw Away the Past" is a moody bluesy mid-tempo asking if it's possible to "… throw away the past/ It’s not helping either of us/ Focus on what is and not what was." "Aimlessness" and "Weave" both rock out. With definitive rhythms and Himan's distinctive voice they are both sing-alongs as well as dance-alongs.

Also in 2005 came what seems to be the most natural of albums for this artist who is almost constantly performing live. One Night Stands is a live album recorded at various shows between March and July of 2005. It includes the most requested of his songs plus three previously unreleased tracks, "In My Shoes," "Let It In" (both live,) and a bonus studio version of the clever and catchy "Bartender" – a song that questions the appeal of those who deliver our drinks and lend a sympathetic ear and asks, "Why do I always fall in love with the bartender?"

If you've yet to see Eric Himan live, this album is an on-the-mark representation of a show. There are songs from every album and every style, complete with song introductions and banter. A Blogcritics' review of One Night Stands ran last October.

As our featured artist coverage continues this month we will take a closer look and review the newest release, Everywhere All At Once. Also look for an interview and Eric has agreed to give Blogcritics' readers the low-down on being an independent artist on an artist run label. News, song lyrics, and tour information can be found at the artist's official website. Streaming MP3s of four songs and some video are just a couple of the bonuses found at his Myspace profile page.