Here's your chance to win a copy of Tori Amos' new album!

BC Music is proud to team up with Epic Records to give our readers a chance to win a copy of Tori Amos' new album, American Doll Posse available in stores May 1, 2007.

Tori Amos not only set herself apart from the rest of the pack in the '90s with her emotionally charged songs, but also by using the piano as her chief instrument. Coupled with her outspoken nature and often biting remarks, Amos quickly became one of the most recognizable female singer songwriters in the alt-rock scene.

Her breakthrough album Little Earthquakes was released in 1992 and went multi-platinum with sales topping 12 million earning her multiple Grammy nominations. Riding on the success of the album, the memoir Tori Amos: Piece by Piece was co-authored by Ann Powers and spent time at the top of the New York Times bestseller list. 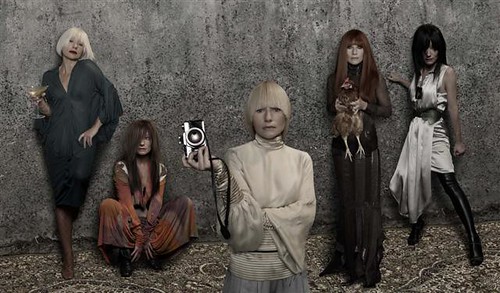 Her most recent studio album, The Beekeeper debuted in the Top 10, and was her fifth album to do so, a feat few other female artists have achieved. Most recently she released the box set A Piano: The Collection.

American Doll Posse, which hits shelves May 1, was written and produced by Tori at Martian Engineering in Cornwall, England. Tori has hinted in recent interviews the album will have a political side to it and may also see a return of the harpsichord. Listeners should expect something completely different and creative. For your chance to win a copy of American Doll Posse visit the Epic Records contest site A streaming MP3 of the fist single "Big Wheel" is available for your listening pleasure (Windows Media), (Real Media), (Quick Time).

Tori Amos will launch a world tour in Rome, Italy on May 28. Tour dates can be found on her website.