A copy of The Editors' sophomore release is yours to win.

Enter To Win: The Editors’ An End Has A Start

Connie Phillips July 3, 2007 Comments Off on Enter To Win: The Editors’ An End Has A Start 100 Views

BC Music is proud to team with Epic Records to bring readers a chance to win a copy of the new album from the Editors, An End Has A Start.

This indi-rock band, local to Birmingham, England, went through several incarnations and name changes before settling in with the current line up and a record deal with Kitchenware Records in 2004. Their first release, The Back Room and its lead single "Bullets," released in England in 2005, were met with critical acclaim and catapulted them to success and a US release the following year with the Fader label. 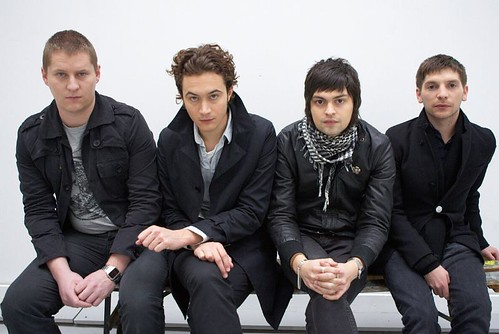 An End Has A Start is the sophomore release for the band whose sound has been compared to such diverse artists as Franz Ferdinand and Big Country. The lead single, "Smokers Outside the Hospital Doors" proceeds the album release and a video can be viewed on their Myspace Profile. The album, already available in the U.K. is set for a July 17 U.S. release. Also available from their myspace profile and official website is a list of U.K. tour dates slated for October.

All you have to do to win a copy of An End Has a Start is visit the Epic Records contest page and submit your entry. Good Luck!