Five lucky winners will receive an autographed copy of this DVD.

Enter to Win: Dierks Bentley’s Live and Loud at the Fillmore DVD

BC Music is proud to give five lucky readers a chance to win an autographed copy of the concert DVD Live and Loud at the Flilmore, filmed on the Live and Loud tour and released March 20, 2007.

On the heels of his third album, Long Trip Alone in October of last year, things have been non-stop of the mainstream country artist. He received two Grammy nominations, recorded an episode of Austin City Limits and released this live DVD. The album did amazingly well topping Billboard's Country charts, as did the lead single, “Every Mile a Memory.”

About the DVD, Bentley said in a recent press release, "Making a live DVD has been a dream of mine for a couple years now. I really wanted to capture what we were doing in our live show at that particular moment, and I think Russell [director Russell Thomas] did an incredible job putting it on film. This is the ultimate accomplishment for me, the band and our fans." 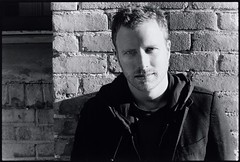 Listen to "Free and Easy."

Dierks Bentley is currently touring. Check out the list of dates below, and if he's coming near you, make sure you catch the show.