It's a powerful and sometimes frightening film, but is it a good one?

Sometimes films are put out that are difficult to accurately assess due to the strong emotions tied with the release.  Such is the case with Oliver Stone’s World Trade Center, which has recently been released to DVD.

This movie follows Will Jimeno (Michael Peña), John McLoughlin (Nicolas Cage), and their families on September 11, 2001.  Jimeno and McLoughlin are Port Authority police officers working in midtown who get called downtown following the first plane striking the Twin Towers.  Jimeno and McLoughlin become trapped beneath the rubble and the rest of the film plays out as they await, and pray for, rescue.

For a moment, let’s put aside the reality aspect of the picture.  It’s a difficult thing to do with such a catastrophic event in our history and one occurring so recently, but crucial to attempt.

Strictly in terms of filmmaking, World Trade Center is a well constructed, well acted film.  There are moments when the film’s pace slows to something less than a crawl, but on the whole it does a good job exploring not only the emotions and actions of the two trapped Port Authority police officers, Jimeno and McLoughlin, 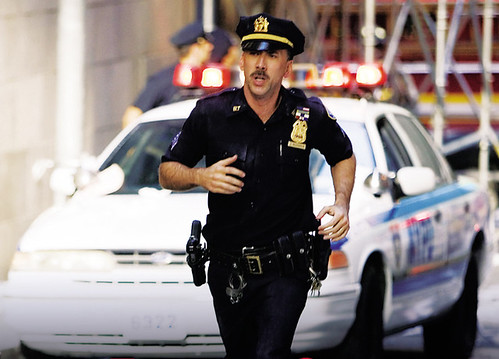 but those of their family and loved ones as well.  Many of the scenes between are very claustrophobic and disorienting, which is, assuredly, the feeling Olive Stone wanted to create, but after seeing them for the third or fourth time sitting in there in the dark, those scenes begin to drag down the forward momentum of the story.

Again, I reiterate, this is looking at the film as simply a film, and not as a message.  One or two of these scenes are absolutely crucial, but after that, they don’t add to the desperation the audience feels, they simply serve to pull the audience out of the film.  The excessive darkness and lack of movement, which must have been quite true to life, begins to hurt the storytelling and emotional force.

Despite whatever small issues the filmmaking itself may have, the story, for being based on actual events, is quite powerful.  Stone eschews recreating the planes striking the World Trade Center and the collapse of the towers.  He instead focuses on the police officers doing their jobs at these times.  By doing so Stone not only avoids numerous complaints that would undoubtedly be issued for recreating such tragic occurrences but also creates a stronger sense of fear and wondering.  Not having a clear timeline of what is occurring on a macro scale, we are left to wonder what exactly is taking place once the officers arrive on scene at the Trade Center.  There are rumblings and noise and confusion as the officers themselves don’t know what is taking place and simply do their best to handle whatever arises.  It is a wise decision on Stone’s part to not recreate the plane impacts and the falling of the towers and certainly makes for better storytelling. 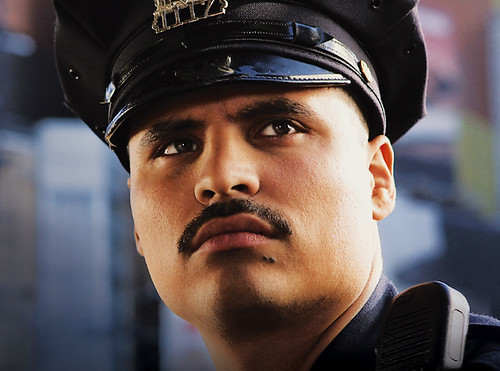 and McLoughlin were on set and contributed to the filmmaking and story further add to this claim.

This claim of a move towards non-fiction is enhanced again with some of the extras included on the two-disc set.  The first disc contains an audio commentary with Jimeno and others that were both portrayed in the film and at the Trade Center on September 11th.  One of the main things they do during this commentary on the movie is to explain their feelings at the time in question and how the movie goes about accurately portraying these moments.  There’s even a documentary on McLoughlin and Jimeno that traces their lives to the present day.

Other bonus features include the standard extended/deleted scenes, a commentary by Oliver Stone, a Q&A with Stone, trailers, and TV spots.  There are also behind the scenes looks at the productions, from pre-production straight through production and beyond.  One of these focuses on the creation of the Ground Zero set for the film.  There is also a look at Oliver Stone which includes an examination of his time in Vietnam and NYU's film school.

The movie is a good movie, not a great one, and avoids possible sensationalism.  Whether or not the wounds of that day are too raw for any particular viewer must be decided on an individual basis.  I definitely believed it to be worth watching, but wouldn’t promote it as a stocking stuffer this holiday season.