Sykes proves, yet again, that she is a very talented comic.

Wanda Sykes is a funny woman.  From her turns in Curb Your Enthusiasm to Clerks II, from Wanda at Large to The New Adventures of Old Christine, she has consistently and constantly exhibited a singular style of humor that keeps audiences in general, and me in particular, coming back for more.

I find the choice to do a direct-to-DVD stand up show an odd one, but in Wanda Sykes – Sick and Tired she once again proves hysterical.  I’ve never seen her do stand up before, but she is clearly as much in her element here as she is in scripted (or relatively scripted) programs.  Of course, as stand up is where her roots lie, I shouldn’t be surprised by this.  And, I’m not really surprised, I’m just happy to have seen it.

There really is nothing particularly new or different about this DVD, it is a straight stand up performance (actually taped over the course of two different shows, though edited seamlessly to look like one), on a stage in front of a large audience.  The camera angles and cuts are all pretty standard too.  But, there’s a reason for that, it’s filmed in the absolute best way so as to highlight the talent on stage.  And, there’s a lot to highlight here.

Sykes goes through the standard topics, from politics to pop culture to relationships.  Through it all her acerbic, hard-hitting style comes through, and while not all her observations are necessarily true, the vast majority are funny (and that’s what really counts here).  I will consciously avoid telling you some of the more funny moments in the show, as you will then be looking out for them and it might both dull their impact and cause you to miss other things.  Suffice to say, it’s funny, virtually the whole thing is fun.

The show lasts approximately 70 minutes, fluidly moving from one topic to the next and rarely losing steam.

The only disappointing aspects of the DVD release are the bonus features.  There are two included, and neither shines.  The first is a question and answer session that Wanda held with the audience following the stand up show.  The questions are often silly or incomprehensible, and Sykes does her best trying to field them, but there simply isn’t much meat to be had.  The other a behind-the-scenes video of Wanda doing a radio interview to promote the stand up show that will be filmed for the DVD.  One of the main 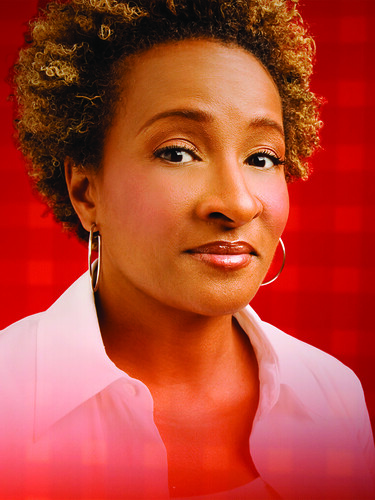 disappointments here (and I’m always disappointed by this sort of thing), is that the radio studio looks so drab and boring and plain, and the DJ unimpressive.  That’s not in any way to say that the DJ’s work is unimpressive, she may very well be fantastic at what she does.  It’s just that watching a radio interview take place destroys all the work that goes into the station and DJ projecting an image of where they are and instead shows us the far more drab reality.

It is usually at this point in the review that someone would come up with some pseudo-clever pun dealing with never getting “sick and tired” of Sykes or some such malarkey.  I will side-step that pit and simply tell you that if you ever found Sykes funny, in any of her roles, it would be worth checking out this DVD, as she again proves herself to be a great comic talent.