An inside look at what happens when a singer speaks out against a popular person.

There’s just something about Dixie Chicks – Shut Up & Sing that just makes me mad.  I’m quite sure that’s one of the points of the entire endeavor, but it doesn’t quite make me happy.

In London in 2003, on the first night of their “Top of the World” tour, Natalie Maines, the lead singer of The Dixie Chicks, unhappy about the U.S.’s plans for war in Iraq, stated that she was ashamed the President of the United States was from Texas. Because the President’s approval rating was sky high at that point and the U.S. was gearing up for war, a group of people felt that the very notion that someone might disagree, publicly, with the Commander-in-Chief was hugely, unforgivably, and ludicrously unpatriotic. Maines’s comments got skewed and transformed into something far larger and The Dixie Chicks quickly found themselves being boycotted and banned from country radio stations; they had, apparently, alienated their conservative fan base.

This documentary follows The Dixie Chicks from immediately prior to when the comment was made through the summer of 2006, charting their setbacks and leaps forward. It shows how they remained together as a band, and how certain things have changed in the three intervening years, while others remain the same. 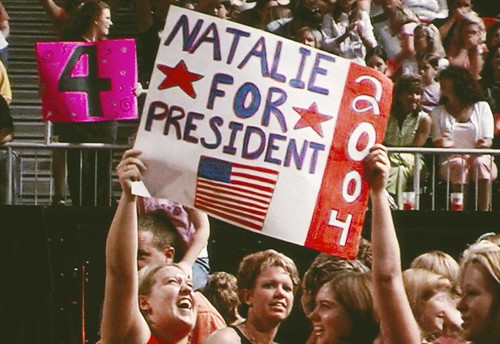 The Chicks have never quite gotten back their country fan base, and still find it hard to get played on country radio stations, have had trouble filling venues in the south, but have remained one of the top selling female acts. Though it occurred after the documentary was released, The Chicks even won five Grammy Awards in February, 2007. 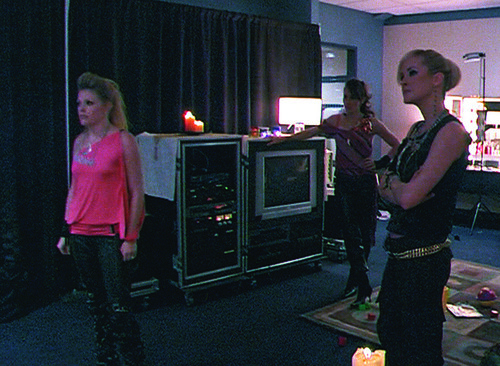 My anger, it should be made clear, is in no way directed at the film, filmmakers, The Dixie Chicks, it’s at our nation. And, if the movie can get someone that riled up at the way people in this country behave, it has accomplished it’s goal and is a success. I just don’t understand why people can get so bent out of shape because someone says that they disagree with our President. How is that unpatriotic?

The answer, as implied by the documentary, is quite simple: people just don’t get it. People jumped on the anti-Dixie Chicks bandwagon completely unaware of what Natalie Maines said, and it all only happened because Bush’s approval ratings were so high. Maines looks into the camera during this documentary as says not once, but twice, to President Bush that he is a “dumb fuck.” That’s perfectly acceptable today because a majority of our country now believes that the Iraq War was a mistake and disagree with how President Bush has handled it. 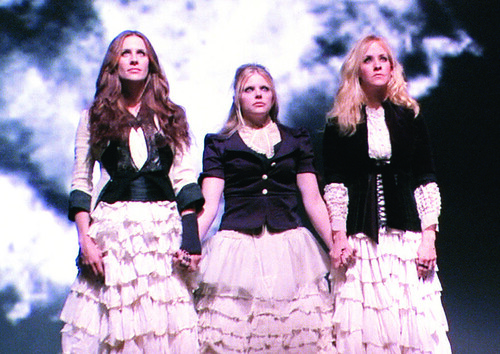 The only possible conclusion to all this is that there are too many people in this country that don’t understand what freedom of speech is or means. People working at radio stations that refuse to play The Dixie Chicks are able to explain themselves very well in the movie: their listeners will tune away if The Chicks are played. People angry at The Chicks are less able to explain their feelings, from associating The Chicks’s statement with Communism to explaining that they shouldn’t voice anti-American sentiment when outside the country.

The movie, while biased in favor of The Chicks, doesn’t always show them or their management in a good light. They unquestionably say silly things and add unnecessary fuel to the fire, but that sort of thing is completely overshadowed by stuff like the death threat made against Maines before a show in Texas. 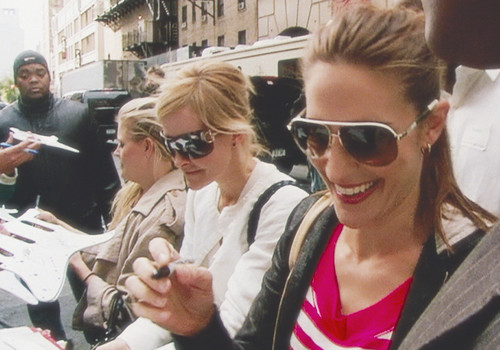 The entire documentary ultimately pushes for greater understanding; The Chicks want people to know what was said and what the response was. They don’t shy away from what they did, they’re just trying to understand how it all ended up going as far as it did.

They come off as wholly sympathetic, and their actions as, usually, very understandable. They are made to appear as down to earth, average people. Whether or not those parts are true to life, I can’t say, but the documentary does a wonderful job of making it appear to be the case.

The Dixie Chicks – Shut Up and Sing is fun, interesting, and provocative. Agree or disagree with them, like or dislike the music, go and see the documentary.

Anthem Film Festival: Back to Vegas with John Cleese, Kennedy, and Frederick Douglass

A documentary incisively examines the George twins and their Florida pain clinic franchise that helped kickstart the opioid crisis.