Jackie Chan plays a detective in a non-comedic role.

Though he is best known for his comedic roles and humorous stunt work, Jackie Chan has, on occasion, been known to take on more serious roles. They still involve fisticuffs and gunplay, but far less humor. One such of work of Chan's, Crime Story, has recently been released in a "Special Collector's Edition."

Crime Story is based, loosely, according to the afterword given in the movie, on the true story of the kidnapping of a billionaire in Hong Kong. Chan, naturally, plays the police officer, Inspector Eddie Chan, assigned to the case who does anything and everything in his power to see the safe return of the billionaire. He engages in a cat and mouse game with Detective Hung (Kent Cheng), a dirty police officer behind the kidnapping. From early on in the film Chan has suspicions about Hung, but cannot prove anything. This is odd because as the villain of the piece, Hung is completely irredeemable. It is at times laughable that the other police officers do not simply look at him and arrest him on the spot for so obviously being a criminal. However, this does not happen. Rather, Hung is sent with Chan to track down the criminals, all the while exuding the oily feeling of a cop on the take. 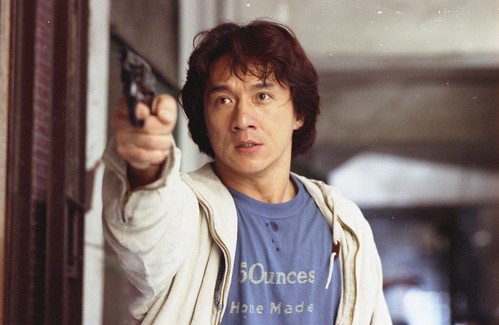 Hung working with Chan becomes most silly when the two head to Taiwan. Despite Hung pulling repeatedly for the two to spend the government's money and relax, they almost by chance happen upon the correct den of thieves. It is as though there is one group of criminals in all of Taiwan and the real trouble just happens to get going upon Hung and Chan's arrival in the country.

Director Kirk Wong keeps things moving, but the film is never deep enough for the plot to be intriguing. Chan, in his role as a detective, seems only semi-believable. Part of this is because of the radical changes exhibited by the detective from the beginning of the film to the end without any sort of a logical progression.

At the film's outset, Chan has trouble with the idea of firing his gun at people and hurting others. He is even seeing a doctor to discuss these troubles. However, this plotline and aspect of Chan's personality is completely dropped as the film gets going, and Chan is able to fire at will against his enemy as well as face them in hand-to-hand combat, even when said combat is in a police station and the criminal in question could easily be questioned in a more conventional manner. While such a transition can work in this type of film, it needs to be more carefully and thoroughly addressed in order for it to be 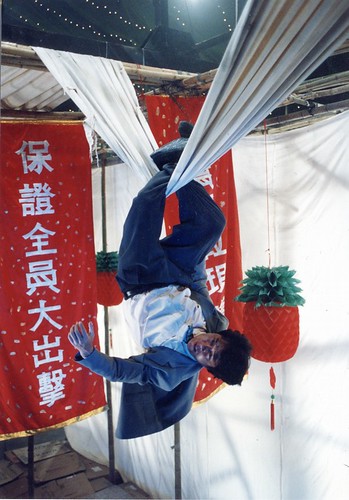 Crime Story is at its best when it eschews plot in favor of action and stunts. I dislike seeing someone like Jackie Chan pigeonholed into just doing high-flying stunts and fight scenes, but it is during these moments in the film that Chan excels and Crime Story becomes worth watching. Whether he is on rafters high above the ground, in a police station, or on a boat, his stunts are a great deal of fun to witness.

The new "Special Collector's Edition" contains a commentary track with the director and Bey Logan (who does many commentary tracks for the "Dragon Dynasty" DVD releases, of which this is a part). There is also an interview with Kirk Wong and another with the writer of the film, Teddy Chen. Additionally, as seems de rigueur these days, there are trailers and deleted scenes as well. Upsettingly on this DVD, both the original Cantonese mono track and the Cantonese 5.1 channel track are not always in sync with what people are saying and this proves quite distracting during the film.

The plot may not be the deepest, and liberties taken with the "true story" nature of it, but Chan's fisticuffs and stunt work are enough to pull the movie through, making it, on the whole, better than average.