Can these teen gangsters run with the big dogs?

It is essential when making a film to have at least one character that the audience can associate with.  There must be at least one character that is, in some way, redeemable or engaging, or otherwise likable.  To force an audience to spend almost two hours with a bunch of characters that have absolutely no redeeming value whatsoever is asking a lot.  In the case of Nick Cassevetes’s Alpha Dog, it’s asking too much.

People who forgive this movie will be quick to point out that it’s “inspired by true events,” as though that makes up for characters that are completely one-dimensional and annoying from beginning to end.  There are plenty of stories in this world that are worth making into films, as far as I can tell, this one is not. 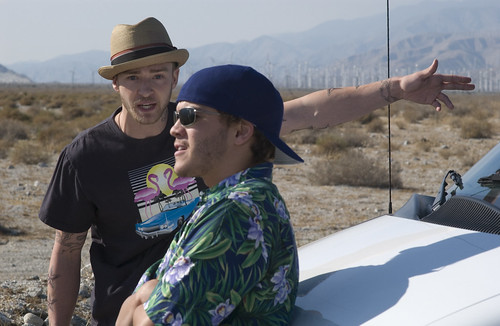 ruleove (Emil Hirsch) and his band of drug-dealing miscreants.  This kidnapping becomes “necessary” because Zack’s brother, Jake Mazursky (Ben Foster), a neo-Nazi, retaliates against Johnny for Johnny having embarrassed him because Jake owes him money for a drug deal.  And, does it really matter?  The point being, these are, literally, kids playing at being big bad drug dealers (Johnny has a poster of Al Pacino as Scarface in his house), and not realizing where their actions are going to take them.

The movie does tell us how Johnny ended up heading down this path:  his father, Sonny Truelove (Bruce Willis), is a huge dealer and Johnny is following in daddy’s footsteps.  As for why all his other weak-minded friends have fallen in with Johnny, or why Jake is a neo-Nazi, the film doesn’t seem to care.  The only thing the film does seem to care about is getting these less than bright delinquents into a bad situation and showing the outcome.

As problems go, kidnapping a kid is a pretty serious one to have, and what to do with the kid is something that 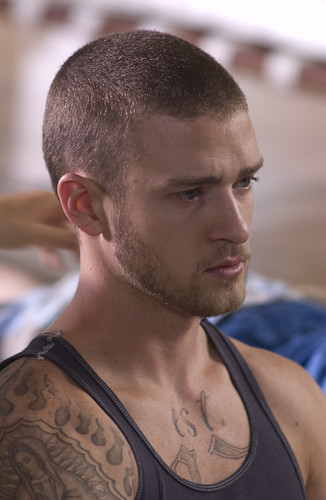 Johnny and his gang can’t quite figure out.  Johnny dumps the kid on a member of his posse, Frankie Ballenbacher (Justin Timberlake), telling Frankie to take care of him.  Frankie, just as unintelligent as Johnny, takes Zack to parties and shows him off to friends, not quite realizing that everyone that sees Zack is a potential witness in court (the movie is kind enough to point this out by captioning them as witnesses and giving them witness numbers).  Things end up going from bad to worse, and dumb to dumber, as the idea of murdering Zack to eliminate the problem comes up; because murder is a great way to end your kidnapping problem.

The main reason for the making of this film seems to be to determine whether or not Justin Timberlake can act.  The rest of the endeavor seems wholly pointless.  It neither glamorizes the drug trade as some films do, nor criticizes it.  It does lament the lives of these children, but in never making any of them (even the kidnapped Zack) at all sympathetic, it is hard to lament them.

In addition to the odd, brief, appearance of Bruce Willis, Sharon Stone appears in a handful of scenes in the film as well.  She plays Olivia Mazursky, Zack and Ben’s moth 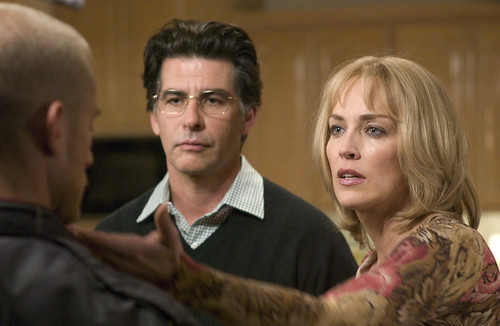 er.  The entire film is framed by interviews of Willis’s and Stone’s characters, in which they talk about what happened.  Inexplicably, in Olivia’s interview at the end of the film, Stone is wearing a fat suit.  The monologue she delivers at the time is impassioned, and maybe a little over-the-top emotionally, but the entirety of it is completely undercut by the fact that Sharon Stone is in a fat suit.  She doesn’t wear one in her other scenes in the film, and presumably only does here because the interview is supposed to take place a couple of years after the kidnapping and she has eaten to replace the loss of her son.

The DVD release is relatively free of extras.  It simply contains a standard “behind the scenes” look at how Alpha Dog was made and a “Witness Timeline” that shows all the witnesses to the kidnapping that appear in the film and, when the witness is selected, the scene in the film in which they appear plays.  It’s a nonsensical extra, included for reasons I can only guess at – they’re still pushing the “based on a true story” thing, and this adds to that claim.

As for Timberlake and whether or not he can act, the answer seems to be that when given the opportunity to play a fool and talk without ever saying anything worth while, he’s quite successful.  He may be able to really act, but this is not a film that gives him such an opportunity.