CMA shuts down for renovations, but shares its special exhibits with the world.

Cleveland Museum of Art: My Museum Was Gone

Like most places, Cleveland is a blend of the delightful and the infuriating. One of the the most profound delights is the ineffable Cleveland Museum of Art, which is currently shut down for a $258 million renovation and expansion, and is therefore also presently somewhat infuriating. Closed since January, beginning in July the museum will reopen in dribs and drabs until construction is finished in 2011 – permanent collection galleries won’t reopen until late ’07 at the earliest. 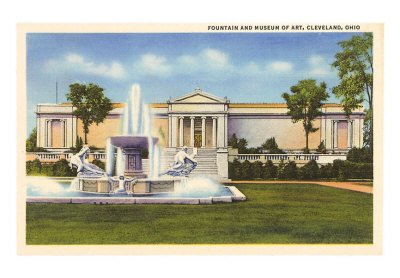 On the other hand, our temporary loss is the world’s gain: if the people can’t come to you, you go to the people, and the Museum is doing just that with a series of traveling exhibits expected to draw more than 2 million total visitors, acording to Charles Venable, the museum’s deputy director of collections and programs.

Among the major shows are “Monet to Picasso: Modern Masters,” encompassing 60 paintings and sculptures ranging from French Impressionism to Cubism and Surrealism, which will open at the Beijing World Art Museum May 26; and explorations of the museum’s collections of Japanese, Chinese, and Medieval art.

Cities to share in this bounty include Tokyo, Seoul, Vancouver, Munich, Los Angeles, San Francisco, Kansas City, and Nashville. CMA will also loan a dozen of its greatest old master paintings to the Frick Collection in New York next fall.

Accordingly, it will be a while before I can return to the Museum for a comprehensive immersion tour with my older daughter, who is a fine arts and art history major in college. Annually — until now, of course — we walk out that front door crushed under the load of sensory stimulus, eyes stinging from the concentration, minds numb, breath shallow after taking in the whole museum in a single sweep.

We blow through Asian art, visiting our wise friend, 13th-century Japanese Zen Master Hotto Kokushi, taking a blustery sail on a 15th-century Japanese scroll, wrapping ourselves in a 13th-century Chinese Cloth of Gold, marveling at the strength of the 6th-century Cambodian Krishna god in the act of lifting Mount Govardhana, and reveling in the thick legs and impish personality of the 12th-century Indian elephant-headed Hindu god Ganesha.

We barge through ancient Egypt, captured by the immediacy of an encaustic-on-wood Funerary Portrait of a Young Girl; a girl ever alive but dead for 1,800 years, in awe at a civilization that 2,300 years ago had the sophistication and leisure to make bronze coffins for cats, and silenced by the creepy ways people seek to conquer death.

Then we are surrounded by the swirling delicacy of a 15th-century Iranian “mihrab” (the focal point of the interior of a mosque), a riot of color and pattern.

We are almost afraid of the overwhelming physicality Rodin imparts to his sculptures, unconsciously stepping back from the muscular expression of “The Age of Bronze,” smiling nervously at the shared feeling of being keenly observed by “The Thinker.” 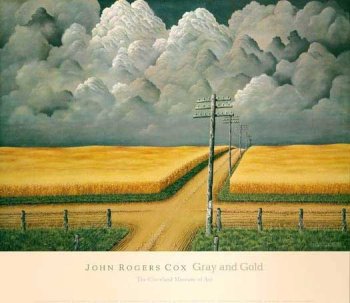 We follow reverently in the footsteps of England’s “Art Nun,” Sister Wendy, whose radiantly gap-toothed smile shines like a benediction upon her favorites from the museum, including John Rogers Cox’s 1942 heartland hymn, “Gray and Gold”; Albert Bierstadt’s 1866 wondrous “Yosemite Valley”; Church’s electrifying sunset in 1860’s “Twilight In the Wilderness”; Rousseau’s hothouse exoticism in “Fight Between a Tiger and a Buffalo” (1908); Bellows’ classic American dynamism in “Stag at Sharkey’s” (1909).

There is so much more, much of it a blur in flavors of Meso-American, Early Christian and Byzantine, African, Medieval (with the ever-popular armor, and sharp, pointy things), before we work our way up to our personal core: European and American painting of the last 150 years.

We smile in recognition at the addled, searing logic of the Van Goghs; the limpid water of Monet; the short-hand tour-o-the-periods of Picasso; and lastly, the rush of Contemporary art, where all of art history slams up against the present in an effulgence of odd shapes, angles, colors, and attitudes.

On the way to the car after our last visit I had a weird vision: all the artworks we had just encountered gathered together in the private museum gloom of midnight to laugh and sing and dance together, each in their own way, in celebration of the human creative spark that was common mother and father to them all.

It’s great to be able to see these works online, and I am pleased people throughout the world will be able to share in CMA’s bounty, but it will be a long time before we get our museum back.