It might not end up in your regular rotation, but it will also never be relegated to the delete bin.

As a rule popular music demands almost nothing from its listener. Similar to its cousins, movies and television, the most it requires is passive acceptance, the equivalent to laying back and taking it on an intellectual level. Limited by its need to appeal to as broad a range of people as possible, pop is designed for the easy response, or hook, to connect to its audiences.

This characteristic becomes most noticeable when contrasted with something that goes outside the boundaries of the conventional. Think of any of the music that you may have listened to by artists who have forced you to actually stop what you’ve been doing to listen to their lyrics, or concentrate on the music in order to appreciate what is being presented and you’ll know what I mean.

Diana Darby’s latest CD, The Magdalene Laundries places itself squarely in the middle of this latter category. This is not a disc you’re going to put on to wile away the time while doing dishes, or as background to anything. Every song requires careful attention and diligent thinking to be appreciated. 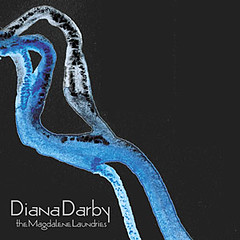 In this her third album Darby recorded the tracks after watching a documentary on the Magdalene Laundries, an Irish home for wayward women that the church ran for 150 years before being closed in 1996. The women committed to this institution were forced to work six days a week in the church’s laundry in an attempt to “wash away their sins” Their horrible crimes ranged from being single mothers or simply being deemed too beautiful to walk the streets for fear of their effect on men.

After reading that you can be forgiven for expecting to listen to another earnest recording about the injustice of the Catholic Church and how hard done by women have been etc. etc. ad nausea. But this is not a formula alt.-pop feminist rock disc. It won’t be categorised that easily. Instead Diana Darby has created a series of pieces that have been inspired by the women’s situation and whose subject matter at first glance may appear to be completely unrelated to the disc’s title.

What does a song encouraging rabbits living near her house to run away from her dog have to do with these women? How in the world does a song about Soren Kierkegaard tie in with an Irish penal laundry? Maybe nothing, maybe everything; but try not to think of them literal statements of fact. Think of them as imagery that reflects the feelings that place generated in Ms. Darby and it goes a long way to understanding how a lyric like the following is appropriate.

Bring me all the Rabbits/before they all are dead/Somewhere there are rabbits/awaiting Trouble’s breath/Run Rabbit run/Bring me all the flowers/That bloom for no one’s eyes/Somewhere there are flowers/that can’t be compromised/You bloom then die./ Diana Darby, “Bring Me All The Rabbits”. The Magdalene Laundries Delmore Recording Society Release, 2005

These songs are the highly personal response of a poet to a situation. As befits the personal nature of the material Diana recorded them alone using a four-track recording machine. This is an intimate album offering glimpses into one person’s interpretations of the damage done to the women who had to endure a life of slavery for not fitting into the mould of being what was expected of them. 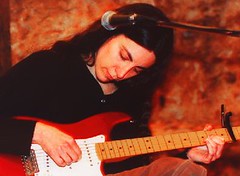 The songs are very sparse musically, with only minimal guitar, violin, bass, and drum accompaniment. Diana sings so softly as to be almost whispering into the microphone over the music; increasing the demand placed on the listener to pay attention. Despite, or maybe because of this, the pieces are compelling and you want to pay attention.

Diana Darby has created a series of contemporary, as opposed to pop, songs around a highly charged and emotional topic. Instead of taking the safe political route of simply condemning and tear jerking, she has chosen to take the risk of composing emotional responses. She succeeds in the fact that she is able to paint a picture of the bleakness and desperation that the women must have experienced.

Think of the feelings expressed in each song and transpose them to the physical existence of those women imprisoned in the actual Magdalene Laundries and the CD The Magdalene Laundries not only makes sense, it becomes impossible to visualize any other musical response.

If you are prepared to listen and willing to think, than The Magdalene Laundries is a disc that will find a place in your library. It might not end up in your regular rotation, but it will also never be relegated to the delete bin.