One of our favorite escapes from overtly paranormal programming is the quirky romantic-comedy, murder mystery procedural, Castle. Among the pleasures of Castle — besides Nathan Fillion’s goofy charm and Stana Katic’s beauty, brains and balls — is that Castle flirts often with the spooky. Over its eight seasons, Castle has dealt with cases that seem to wander into the territory of ghosts, magic, zombies, genies, even Bigfoot. As this week’s episode, “Hell to Pay,” opens the killer in question appears to be demonic, perhaps even the Anti-Christ himself.

One of our favorite escapes from overtly paranormal programming is the quirky romantic-comedy, murder mystery procedural, Castle. Among the pleasures of Castle — besides Nathan Fillion’s goofy charm and Stana Katic’s beauty, brains and balls — is that Castle flirts often with the spooky. Over its eight seasons, Castle has dealt with cases that seem to wander into the territory of ghosts, magic, zombies, genies, even Bigfoot. As this week’s episode, “Hell to Pay,” opens the killer in question appears to be demonic, perhaps even the Anti-Christ himself.

As mystery novelist Castle’s very active imagination considers the possibility that the murderer of the week THIS TIME may actually be otherworldly, his hard-boiled police captain wife Kate Beckett, as always, believes otherwise. The logical, process-oriented Kate both admires and pities Castle for his wide open mind, his self-authoring novelist’s approach to life and crime-solving. In Richard Castle’s universe the story writes the reality, the narrative organizes the facts and it’s the investigator’s job to glean the storyline and solve the murder, because it’s always murder. The give and take between the opposing but not necessarily conflicting approaches of Castle and Kate — the former soaring with the narrative eagles, the latter doggedly piecing the case together in traditional evidentiary manner – is a key dynamic of the show and of the character’s intriguing relationship.

As stated, the implication that the paranormal might animate the narrative is not unusual in an episode of Castle, and the show’s brain trust seems to enjoy pushing the disappointing (for Castle) logical explanation ever more perilously close to the end credits. In “Hell to Pay,” they push the logical explanation for the demonic murder case so close to the end it feels like an episode of Scooby-Doo, but in a good way.

It was a dark and stormy night…  The essence of a very convoluted plot is that escaped psychiatric patient Gabriel Shaw, locked away for 20 years, bashes in the door of Castle’s PI office with a bloody ax while Alexis (Castle’s daughter and fellow PI) and Haley (former spy and fellow PI) are there in the middle of a storm-induced blackout, mumbles “Finnis omnium nunc est,” then drops dead on the office floor before the startled and alarmed women. An examination of the body reveals biblical and Latin text written all over him and a puncture wound that appears to have come from a talon or horn; AND, even more oddly, there is sulfur, aka “brimstone,” inside the wound. 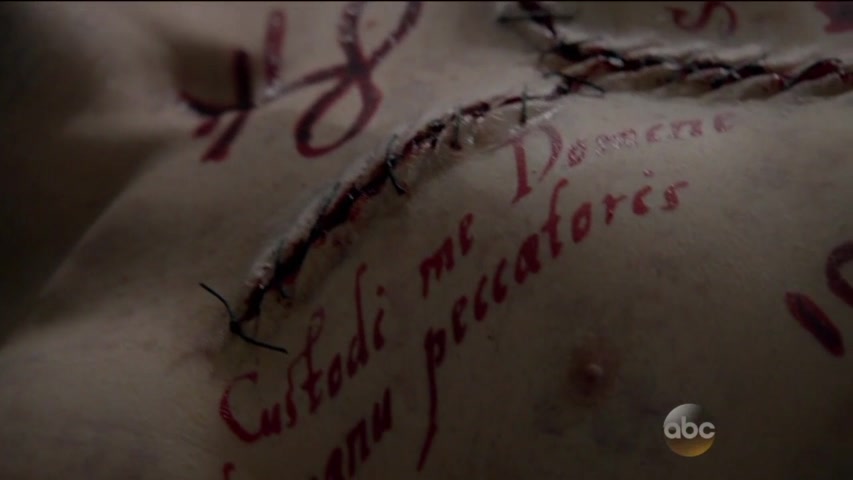 In a remarkable coincidence, the investigation reveals that a different PI had occupied Castle’s office 20 years ago, and that that investigator had hired the very same Gabriel Shaw as a “spiritual consultant” on a case at that time, and that’s why Shaw showed up at Castle’s office. It occurs to Castle that the huge locked vault he uncovered behind a wall in his office while remodeling must have belonged to the now long-dead previous PI tenant! Once multi-talented Haley cracks the vault, it turns out to be an entire secret room full of cobwebs, creepy religious artifacts, and dozens of photos of a family, the Crownes. The surviving scion of the Crowne family is about to turn 30 in two days and inherit his family’s billions – is he the Anti-Christ? It’s all very The Omen. 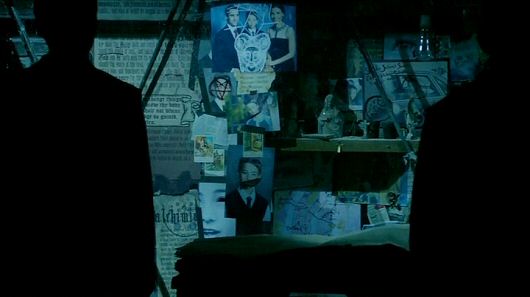 Piling on the supernatural shenanigans, while surveying closed circuit images of the crime scene, ie his office, in every photo in which Castle appears there is a strange streak of light on or near his face – does he bear the Mark of Death? Of course, in the end,the very end, we get a natural explanation for all the evidence, including Castle’s Mark of Death, and Castle is once again disappointed, though I imagine relieved that it’s not the End of Days. Other than the very ending, this could have been an episode of Supernatural. 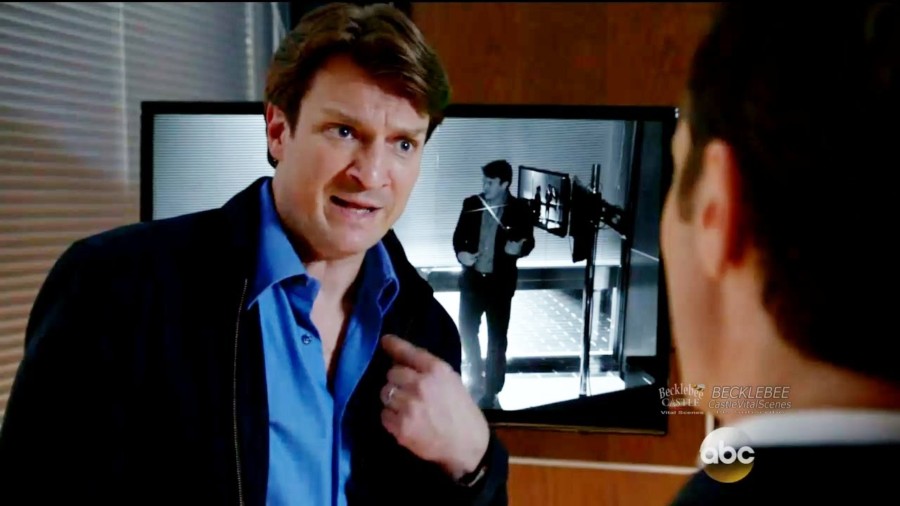 Next week is the Season 8 finale and, sadly, the end of Kate Beckett on the show. Whether she will be killed off in the episode remains to be seen, but it’s already been announced that Katic won’t be back. Is it possible that with logical Captain Beckett out of the picture next season Castle will finally stumble upon a real paranormal case? We’ll be watching.

(UPDATE – sadly, no we won’t – Castle has been canceled and won’t be back for Season 9)

The Haunting of Richmond’s Hollywood Cemetery

The stories involve the world of international intrigue, spying, and inter-spy-agency competition.