"I guess I just didn't find the time to eat."

In a revelation that ranks up there with “Liberace was gay,” Calista Flockhart — who convincingly portrayed a popsicle stick-turned-hallucinating lawyer on her late-’90s dramedy hit Ally McBeal — has finally admitted she had an eating disorder at the time. 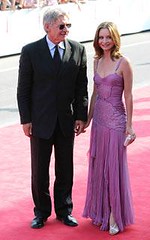 Flockhart, 41, who now lives with boyfriend Harrison Ford, 63 (at what age do you become a “manfriend”?), revealed in an interview with UK tab The Mirror that, “I was seriously stressed. I was working 15-hour days on the set and then I was dealing with the end of the show, which was basically my life. I started undereating, overexercising, pushing myself too hard and brutalizing my immune system. I guess I just didn’t find the time to eat. I am much more healthy these days.” 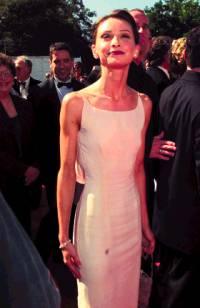 At the time she denied eating issues and blamed her 90-something lbs. “weight” — stretched like a kite across her 5’5″ frame — on “tiny bones.” 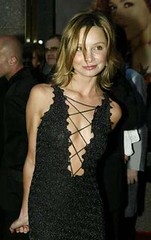 Her waifishness was adressed coyly on the show: in one scene she and similarly trim guest star Lara Flynn Boyle exchanged jibes about needing a “cookie” and a “sandwich” respectively as they passed in an elevator.

Interestingly, just a few days ago Harry Potter author J.K Rowling railed against “empty-headed, self-obsessed, emaciated clone” celebrities on her website, adding, “Their only function appears to be supporting the trade in overpriced handbags and rat-sized dogs.”