It's always nice when one can revisit a film 15 years after its initial release and see that the piece is just as good — if not better — than it was originally.  Such is the case with the upcoming Blu-ray release of the classic Bill Murray-Harold Ramis comedy, Groundhog Day.

From the late '70s early '90s, Ramis and Murray teamed up repeatedly (either as actors, or director/writer and actor) to produce several truly hysterical comedies.  The two worked together on Stripes, Meatballs, Ghostbusters, and Caddyshack among other things.  Groundhog Day finds Ramis as the co-writer and director (with a brief cameo appearance) and Murray starting as self-obsessed weatherman Phil Connors.

The story finds Connors, a Pittsburgh weatherman, heading to Punxsutawney to report on the Groundhog Day festivities in the small town and the weather prognosticat 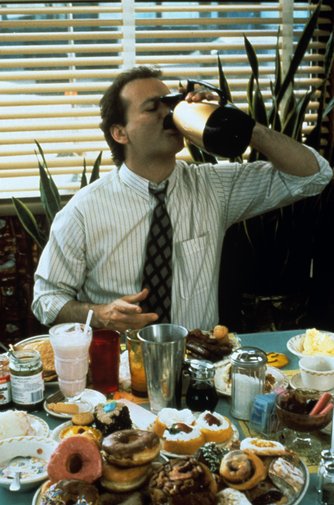 or, the groundhog Punxsutawney Phil.  Connors wants little to do with the entire thing, including spending time with his cameraman, Larry (Chris Elliott), and producer, Rita (Andie MacDowell).  However, for reasons never revealed to the viewer, Connors finds himself reliving the same day over, and over, and over again.

Connors, at first, stands in disbelief, but eventually comes to accept that he is experiencing the same day repeatedly.  The vast majority of the film depicts Connors exploring different pursuits – from bedding a woman in the town to trying to commit suicide (no matter what he does he always wakes up again on Groundhog Day) to trying to get Rita to fall in love with him to learning to play the piano.

The concept is one that could quickly become tedious – after all, it's the same day over and over again.  However, Ramis does a wonderful job of compressing time — at one point during the director's commentary he states that the creative team behind the film figured that Connors has been living the same day for years on end — so that we see that Connors has learned everything about everyone in town, but never have to spend the time watching him do the learning.  Additionally, while Connors certainly does grow and change, that growth is slow and always believable.  The progress Connors makes as a human being remains constant and funny.

Murray's Connors is the same sort of character that he played for years on end – smart, snarky, and more than a little annoying.  Somehow though, Murray carries off the almost-but-not-quite-everyman character exceedingly well.  In the hands of a lesser comedian, Connors would be hated by the audience almost as much as he is by his coworkers.  But, with Murray in the role, while the audience always understands why everyone hates Connors, they never quite feel that hatred – he's simply too much fun to watch.

The transfer for this Blu-ray release is a good one.  There is some grain visible in many of the outdoor shots, but that is likely due to the way in which the movie was originally filmed and has nothing to do with any inadequacy of the transfer.  The colors are all muted, but again, that is a stylistic choice, not a defect.  The 5.1 channel sound is up to the task, but as this is a smaller-scale comedy film, not much is really asked of the speakers.

The release itself is loaded with several goodies including an intriguing commentary track with Ramis, deleted scenes, and three featurettes.  Two of these featurettes feature behind-the-scenes looks at the film and its production, whereas the third ( 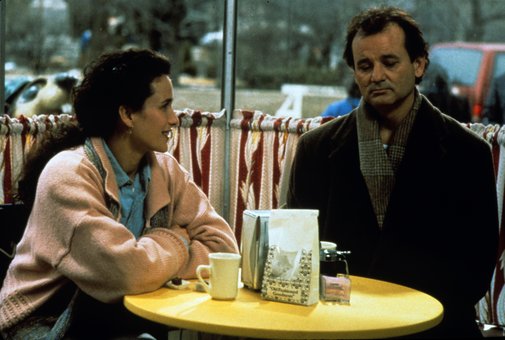 oddly, and yet in keeping with the goofiness of the piece) is a documentary look at Groundhogs.  While new interviews were filmed with MacDowell and Ramis, the lack of new footage with Murray does stand out.  There is also a picture-in-picture commentary track featuring "Needle Nose" Ned Ryerson (Stephen Toblowsky), one of the many characters Connors encounters repeatedly during his day.  In the commentary track, Ryerson pops up on screen from time-to-time, asking questions of the viewer and providing tidbits of information.  It's cute enough, but more of a curiosity than anything else.

Anyone looking for a movie that is funny even with repeat viewings or who is a fan of the those involved in this piece would do well to pick up this release.  Groundhog Day is an example of a truly funny comedy which not only manages to make the viewer laugh, but also explores some of the more serious aspects of life.