Some people in this country are very much… very much… against anarchy. Don't ask me why, I can't tell you, I just know that it's the case. They're all law and order types, They're walking the straight and narrow, and pretending that our country wasn't, at least in part, born out of some sort of anarchy.

Speaking of Sons of Anarchy, it's this brand-spanking new show that's about to start on FX. It features Charlie Hunnam as a guy in a motorcycle club. The club, I'm told is out to protect their small town from what they perceive to be negative influe 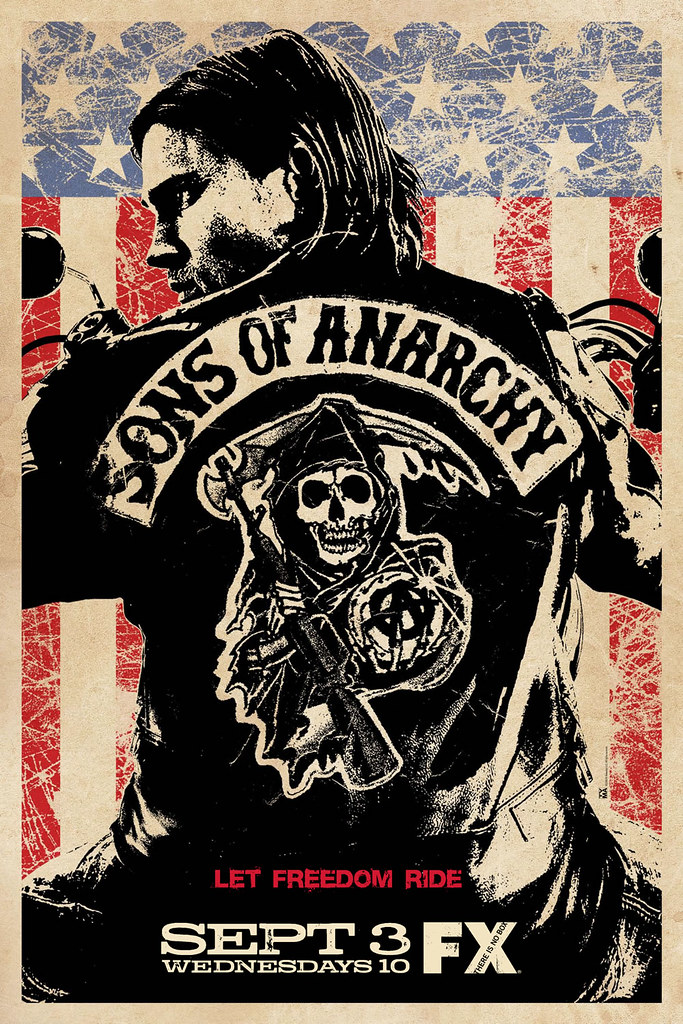 nces. Of course, they may not be attacking in the problem in ways that you and I would accept as the norm.

If you want me to be more specific, I can tell you that the show stars Charlie Hunnam, Ron Perlman, and Katey Sagal. Plus, I don't mind telling you that it premieres at the beginning of September on FX. And, as if I didn't mention this already, it's called Sons of Anarchy, hence my italicizing Sons of Anarchy above.

Wow, got a little far afield there didn't I? Okay, back on track… the show stars Charlie Hunnam and we've got his John Hancock placed right on a poster for the show. As lovely as the poster is up on my office wall (fine, cubicle "wall"), we'd like to give it away to you (thanks for that, boss; I was using it to cover the hole I was making for my escape route).

So, we have the one hole-covering signed Sons of Anarchy poster to give away, and all you have to do is follow our rules (some here, some on the entry form's website):