As the show winds down, BC gears up for a giveaway.

Blogcritics is Giving Away The Shield

Many moons ago, when the world was fresh and new, I interned for Fox Television Studios.  The summer I was lucky enough to be there, they were filming the pilot for a show called The Barn.  From the dailies it looked fantastic – gritty, new, and wonderful.  Eventually though, the name of the show was changed to Rampart.  My internship had ended by that point, but as the promotional campaign ramped up, I noticed the billboards for the show in Los Angeles.  I was excited.  Rampart though never made it to your television screen.

The show title changed once more, and the show went on to become a huge success.  It helped define FX as a place to go for great original scripted programming.  And now, the show is entering its final season.  After a number of successful years, the show you know and love is going to disappear from your screens forever.

Oh sure it'll go, but it'll never be forgotten.  We here at Blogcritics are going to help 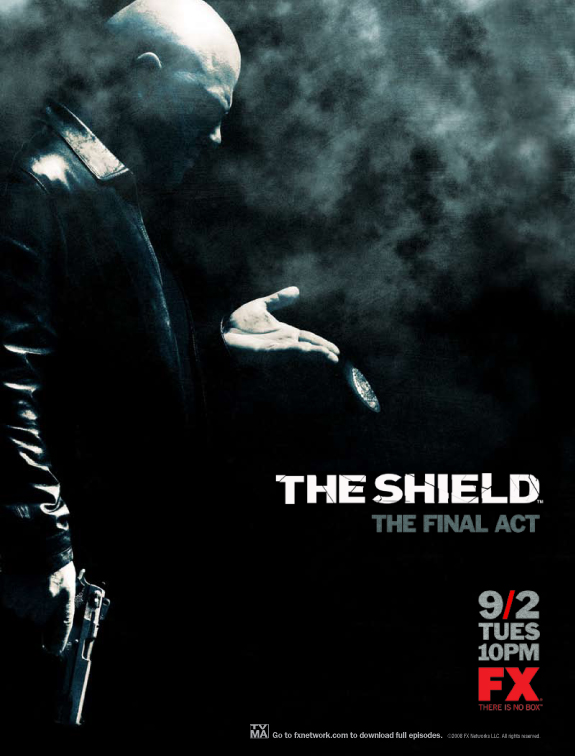 Do you even need me to tell you the show's title, or have you worked it out already?  You're deft enough that you know the history of the show and the fact that it's going to come to an end soon, yes?  It stars the guy from The Commish.  You know, the one that played Belushi in that movie back in the day?

Still not enough (I'm acting like the title of the giveaway above didn't already provide the answer)?  Fine, I'll just come out with it – The Shield.  Blogcritics is giving away one copy of the sixth season of The Shield as well as a poster for the upcoming seventh, and final, season of the show.

The rules (at least partially, more can be found on the entry form):