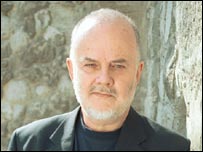 Everyone who has ever programmed a radio show based upon their own taste and instincts would love to have the kind of influence, reception and longevity of the BBC’s great John Peel, who died at 65 of a heart attack while on vacation in Peru. He likely exposed more people to more new music than anyone else on earth over the last 40 years, and his edge always cut:

He was BBC Radio 1’s longest-serving DJ and in recent years had also presented Home Truths on Radio 4.

He added: “John Peel was a broadcasting legend. I am deeply saddened by his death as are all who work at Radio 1. “John’s influence has towered over the development of popular music for nearly four decades.

“Hopeful bands all over the world sent their demo tapes to John knowing that he really cared.

“His commitment and passion for new music only grew stronger over the years. In fact, when I last saw him he was engaged in a lively debate with his fellow DJs over the state of new music today

“He will be hugely missed.”

“Everyone at BBC Radio is devastated by the news. Our hearts go out to Sheila and his children,” she said.

Radio 1 DJ Jo Whiley, who presented coverage of the Glastonbury Festival with Peel, paid tribute to her colleague and close friend.

She said: “John was simply one of my favourite men in the whole world – as a music fan and presenter he was simply an inspiration.”

….After announcing Peel’s death on Radio 1, the station played his favourite song, Teenage Kicks, by the Undertones.

Michael Bradley, bass player for the Undertones, spoke of his shock on learning of Peel’s death.

He said: “He was a very funny, very warm man and we will always be grateful for what he did for The Undertones.

“Personally, I find it incredible what he did for the band and we always got huge pride out of the fact that he said Teenage Kicks was his favourite single.

“He always had his finger on the pulse of the music industry and the fact that Radio 1 played the Undertones, the White Stripes and the Strokes today showed just how relevant he remained throughout his career.” [BB]

The BBC (naturally) has a fine bio of Peel:

John Peel was, at first sight, the antithesis of many of the bands he loved. Balding, bearded, softly – if hilariously – spoken, he was more like a favourite uncle than a rock fan.

Yet Peel’s uncompromising encouragement of new talent transformed the face of music all the way from hippy to house.

He was born John Robert Parker Ravenscoft in Heswall, near Liverpool, in 1939. The son of the owner of a cotton mill, his childhood was blighted by his distant parents and he was brought up mostly by a nanny.

He attended Shrewsbury public school, which he hated, an ordeal which was offset by the moment when he first heard Elvis Presley singing Heartbreak Hotel.

“Everything changed when I heard Elvis,” he later reflected. “Where there had been nothing there was suddenly something.”

After National Service between 1957 and 1959 he went to America. With Beatlemania in full swing, John Peel and his Liverpudlian connections proved irresistible and he soon became a DJ for WRR radio in Dallas.

Returning to England in 1967, he joined the pirate station, Radio London, before transferring to the BBC’s new national pop channel, Radio 1. He was to remain there for the rest of his life, the only survivor of Radio 1’s first line-up. 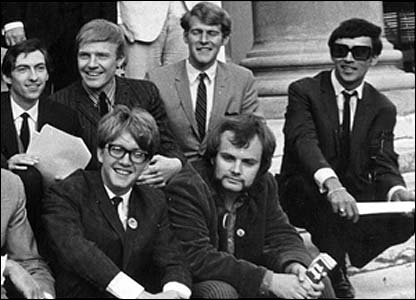 Right from the outset, Peel changed the rules. He played every track without interruption, to the delight of those wishing to tape his show, while providing a witty and knowledgeable running commentary, seemingly a million miles away from the transatlantic platitudes of many of his colleagues.

In the early days Peel championed acts like Marc Bolan, David Bowie and Captain Beefheart, as he did throughout his career, by giving them studio-time to record legendary “Peel sessions”.

But, in the mid-1970s, John Peel moved away from the mainstream rock of Jimi Hendrix and The Who to a new and radical sound, punk.

Bands like the Sex Pistols and the Clash paved the way for new Peel discoveries like Joy Division and the Undertones, whose Teenage Kicks was his all-time favourite single.

The 1980s brought further joy, most notably in the form of The Fall and The Smiths, both refreshing counterblasts to the increasingly bland fare of the charts.

And he continued to remain at the cutting-edge of popular taste, featuring ‘world’ music and rap alongside good old-fashioned rock ‘n’ roll.

More information on the Peel Sesions, including details of every show back to 1992, here.

When punk arrived in the mid-’70s. Sargeant helped the White Cats – drummer Rat Scabies’ (soon the join the Damned) band – make some demos, which were well received. A copy of the band’s demo was sent to the BBC’s legendary John Peel, who used it on his radio show in ‘77.

Sargeant called Peel and asked if there were any openings for producers for the “live” (recorded earlier that day) music portion of his show. Sargeant produced for Peel for over two years, including performances by Buzzcocks, Gang of Four, Madness, Gary Numan, The Police, The Undertones, and Manchester’s the Beat (called the “English Beat” in the U.S.), among dozens of others.

The experience, says Sargeant, was “fantastic. I had a new band in every day to do four songs, and I had 10 hours to record and mix those songs for broadcast that night. It really taught me discipline and helped me learn the planning and logistics side of production. Another great benefit was that a number of bands asked me to produce their next single for them,” he said.

Peel was one of a kind and will be greatly missed.