BBC Icon Top of the Pops Axed After 42 Years

Tradition still counts in England. How else to explain an anachronism like BBC television’s Top of the Pops weekly music countdown show?

In the U.S., with the glut of 24-hour music and music video channels, any number of other cable and satellite channels that feature music regularly, ever-finer slicing of music programming as the media grasps for smaller but more reliable audiences via narrowcasting, AND virtually unlimited access to music via the Internet, the very notion of a broad-based weekly pop-chart countdown show on national TV seems faintly absurd – unless it’s called American Idol.

Looking at the explosion of music TV and the proliferation of genre charts in Billboard, it’s easy to forget there was a time when the Top 40 charts united fans of a wide variety of musical styles, ruled the airwaves, and were the subject of anticipation and drama. And, with only a handful of outlets, it used to be a pretty big deal to actually SEE artists perform (and/or lip sync) their hits on TV as well.

A sign of the global media times is that even in the relatively culturally homogenous UK, with its government supported media, the bell has finally tolled for Top of the Pops: its final episode after 42 years will run on July 30.

“The time has come to bring the show to its natural conclusion,” said the BBC’s director of television Jana Bennett of the institution that garnered audiences as large as 19 million in its ’70s heyday. But the show’s audience has fallen to as few as 1 million viewers since its move from BBC1 to BBC2 in 2004.

The first episode of TOTP was broadcast from a converted church in Manchester on New Year’s Day in 1964. With Jimmy Savile hosting, that first episode was a British Invasion Hall of Fame with the Beatles, the Rolling Stones, Dusty Springfield, and the Hollies. 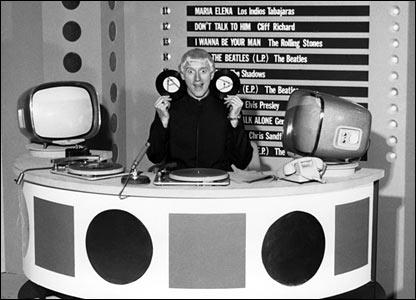 Savile said he was “not at all” sad or surprised about the news. “In those days you would have to wait until Thursday night to get your fix and you don’t need to do that anymore,” he said.

Book Review: ‘A Land Like You’ by Tobie Nathan