American Idol season 5 is creeping toward a momentacular finale with only four contestants remaining out the original eleventy-hundred thousand hopefuls who filled the stadiums and soup kitchens of America to audition last summer with hope in their hearts, a gleam in their eyes, and a song in their lungs. 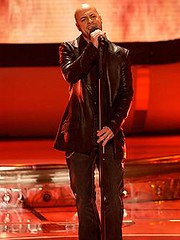 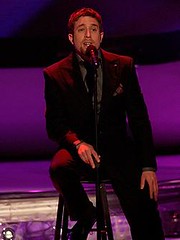 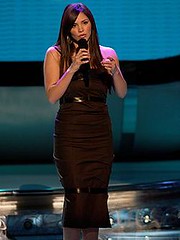 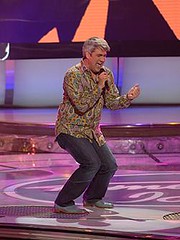 None have a real universal appeal: Daughtry and Hicks are clearly charismatic genre artists with narrowish but intense fan bases, while McPhee and Yamin are quite talented singers but rather nondescript personalities who neither inspire nor rankle. I do not sense a Kelly Clarkson amongst them; but on the other hand, I would likely not have sensed a “Kelly Clarkson” from among Kelly Clarkson had I watched the show’s first season.

My take on the season thus far, which I have followed closely but not religiously (let it be here stated that I have blown off most of the results shows in favor of televised baseball or basketball games, or the enduring peace of a blank screen) is that the overall quality of the performances has been up all season long, but that there have been fewer of the Mother-of-Pearl-did-you-hear-that? moments of stunning, clock-stopping sweetness that have graced seasons past.

I have also noticed a rather alarming calcification among the judges: their personalities, patter, and judgmental proclamations seem to be set in stone, with Randy doin’ the dawg, Paula showing enthusiasm and cleavage in equal measures, and Simon tossing cold reality on the fire with the catch phrases “karaoke” and “Holiday Inn.”

Yet it is Simon’s opinion whom the show’s most rabid fans, the voters, value over the other judges by far. A study released last week by research firm Pursuant found that 58 percent of voters respect Simon Cowell’s opinion the most, followed by Randy at 26 percent, with poor loopy Paula — whose opinion only 6 percent of voters value most — ignominiously bringing up the rear.

Interesting that the show’s voters — 73 percent female, 39 percent from the South — would so value Simon and devalue Paula, while among non-voters the figures are virtually unchanged for Randy (25%), but are notably altered (down) for Simon (40%) and (up) Paula (22%).

Regardless, the final four will face off on the music of Elvis Presley and be “critiqued” by music mogul and the former Mr. Mariah Carey, Tommy Mottola, tomorrow night.