Hicks delivered into the arms of Simon Fuller and Clive Davis.

Taylor Hicks — the soul-singing, spasmo-dancing, crooked-smiling, salt and pepper-haired, 29-year-old Alabaman whom Simon Cowell said would never get beyond the preliminary rounds — won American Idol 5 in convincing fashion last week as a staggering 36.4 million people tuned in to the May 24 finale, the third-biggest TV audience this year behind the Super Bowl and the Academy Awards.

And to the winner goes the spoils – the spoils in this case being a recording contract with show creator Simon Fuller's 19 Recordings Limited, in conjunction with the Clive Davis-led Arista Records. 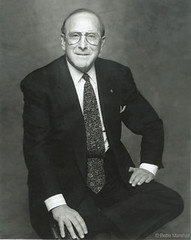 Davis — who has navigated previous Idol winners and runner ups including Kelly Clarkson, Clay Aiken, Fantasia, Carrie Underwood, Ruben Studdard, and Bo Bice to sales of over 33 million records via his RCA family of labels — told the AP that Hicks has charisma and a unique singing style that will help him establish a pop audience. "He definitely has his own sound. He does have that gift, you know who it is when you hear him."

The first 19/Arista single from the Silver Fox is the somewhat lugubrious original Idol composition "Do I Make You Proud," which he sang during the final round and again during the finale. The B-side of the single, to be released June 13, is a Delta loam-saturated Hicksian rendition of the Doobie Brothers' "Takin' It To The Streets," also found on the American Idol Season 5 Encores compilation CD, which debuted last week and snagged the No. 3 spot on "The Billboard 200" album chart this week. 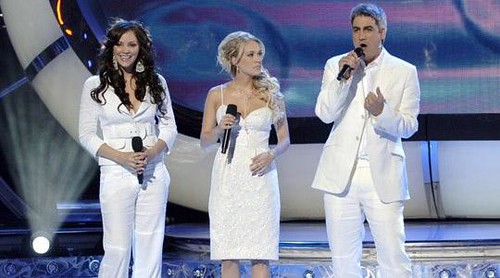 Hicks' rabid "soul patrol" fans will be rewarded with a full-length album later this year.

Runner up Katharine McPhee's first single, with strings also pulled by Clive Davis, will be "My Destiny"/"Somewhere Over the Rainbow," and released June 27.