In this case, old childhood experiences, relived today, are just as good as remembered.

A Trip to the Bronx Zoo

Growing up near New York City, school field trips to the Bronx Zoo were a regular thing; I don't think a year went by in elementary school when we didn't go to the zoo.  Additionally, with grandparents who were members, there were a lot of non-school trips there as well.

The Bronx Zoo is a place I remember fondly, and consequently, on a recent trip back to the area, I went with my wife (who also grew up going there on a regular basis) and my two-year-old daughter, who had never been.  The day started out well enough, with my daughter going through the Children's Zoo, examining all the various birds and ducks and wallabies.  Though she was a little young to read about all the animals, she had no trouble trying to 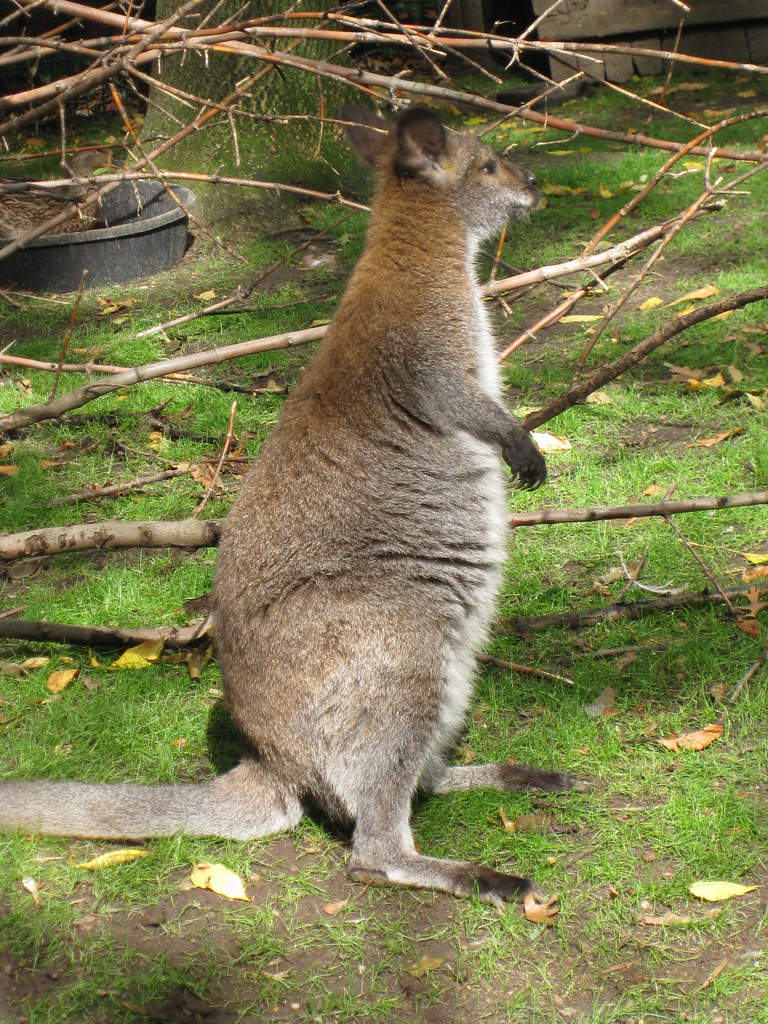 perform the same six-foot standing jump a bullfrog can achieve (she was unsuccessful).  And, while they may have been a mite scary, feeding the goats and sheep proved just as fun to her as I remember it being.

Then, with newly arrived grandparents in tow, we marched off to the Bronx Zoo's brand-new (as of this past June) Madagascar! exhibit.  Housed in the zoo's famous Lion House which was constructed in 1903, the exhibit focuses on the animals, wildlife, and dangers facing the third largest island on the planet.  This last bit the exhibit manages to convey in a sensible way, explaining the issues and using some visuals, but without ever making the future seem unremittingly bleak.

Organized by the Wildlife Conservation Society which manages the Bronx Zoo, Madagascar! features, among other things, many varieties of lemur, some of which are easier to spot than others; some truly outstandingly colorful tomato frogs; 100,000 Madagascar hissing cockroaches; and a crocodile pool.  In this fantastic pool there are two massive crocodiles and a variety of fish.  Though the pool is large – it holds 17,000 gallons of water – the crocodiles seemed as though they were close enough to touch and, when they started moving, many of the kids in a passing school group were noticeably startled.  Looking at the crocs looking at us, one never felt unsafe (the glass is two inches thick), but still got the impression that they would snack on us if they could.

With Madagascar! taken care of (and certainly worth seeing, even with the incredible number of school field trips that se 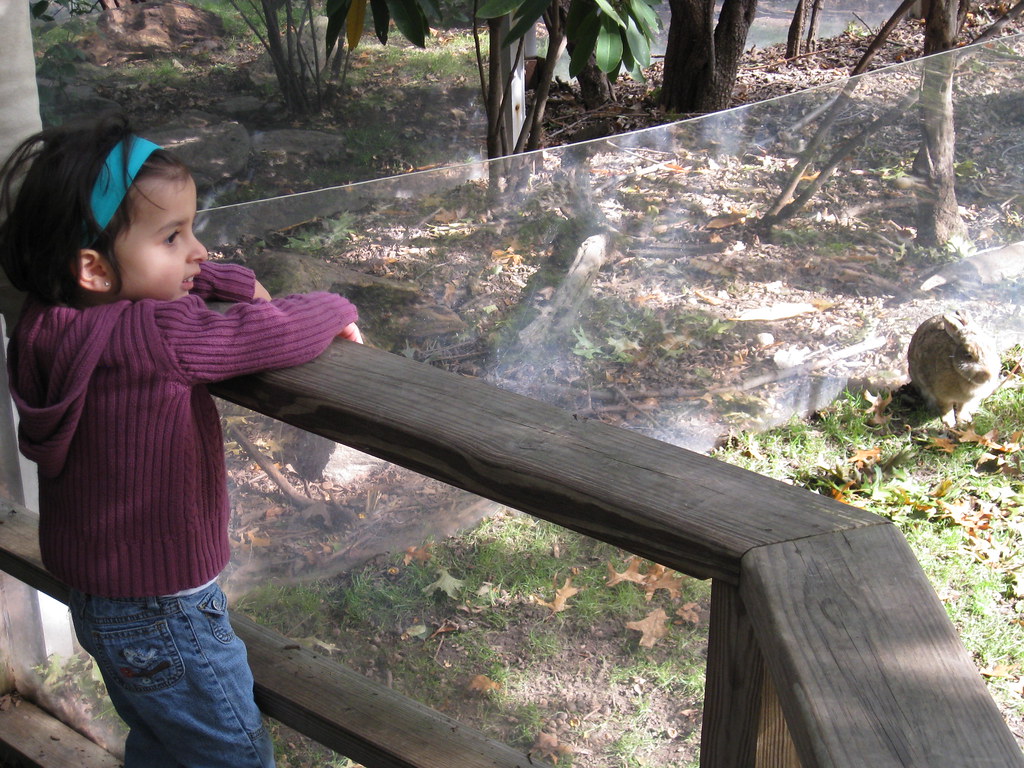 emed to be there), it was off the sea lions, the Monkey House, polar bears, and lions before lunch.  All of the animal habitats seemed large without ever putting the animals too far away to be seen.  There was some hunting required to view the snow leopard, but that was more due to his being asleep than anything else.

As the morning featured a lot of walking (and carrying) for my daughter, the afternoon was much more heavy on the riding.  A short trip by camel was followed by a long one on the Wild Asia Monorail (formerly known as the Bengali Express Monorail, which all the signs in the zoo still refer to it as).  Not only were the animals easy to spot from the monorail, but the tour guide was quite happy to slow it down so those with cameras could be sure to get the perfect shot of the red panda or any of the other dozen different animals.  Capping the day with a trip on the Skyfari (a gondola ride that takes up to four passengers from one part of the park to another) and an overhead look at the Baboon Reserve made for the perfect ending.

The amazing thing about the nearly four hours w 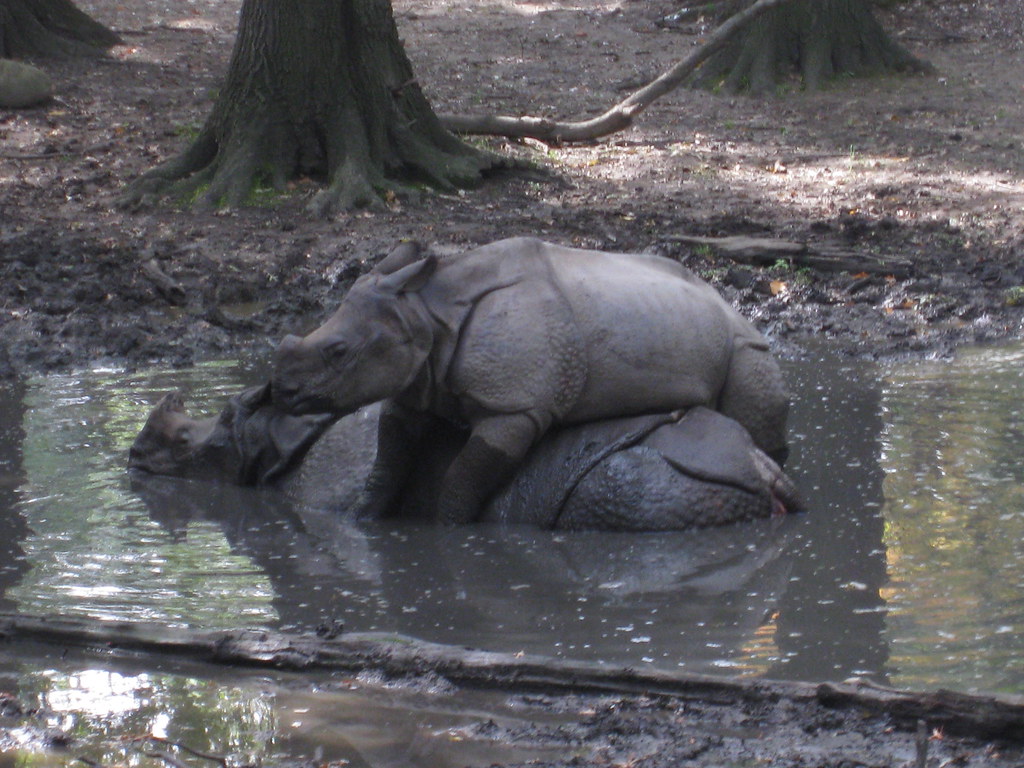 e spent at the Bronx Zoo is that we probably only saw about half of what it has to offer.  We missed out on one of my true favorites – World of Darkness – which features all sorts of nocturnal creatures.  We also skipped the giraffes, World of Birds, the Butterfly Garden, and several other areas.

The Bronx Zoo was exactly as I remembered it.  My daughter bounced from one exhibit to the next, often directing us, and was thrilled with everything she saw.  But, whatever you do, don't remind her that we missed the giraffes – an item on her list that we completely forgot about till we were back at the car.